In form batsman, Solomon Mire has been ruled out of the series after he sustained a gluteal tear during his knock of 63 against Australia in the last league game of the T20I Tri-series at Harare Sports Club.

Zimbabwe has suffered two blows even before the ODI series against Pakistan kicks off at the Queens Sports Club, Bulawayo this Friday. Their in-form batsman Solomon Mire has been ruled out of the series after he sustained a gluteal tear during his knock of 63 against Australia in the last league game of the T20 Tri-Series at Harare Sports Club. Mire was in his elements during the Tri-Series and was particularly unforgiving towards the Pakistan bowlers in his fabulous innings of 94 at the same ground. Incidentally, that was the highest T20I score by a Zimbabwean. Below is a table which shows the top 5 individual scores for Zimbabwe in T20Is. A century is still due from Zimbabwean batting in T20Is.

Apart from Mire, Zimbabwe will also miss the services of fast bowler Kyle Jarvis, who is out for at least six weeks after he fractured his right thumb while fielding during the triangular series.

In the absence of these key players, Zimbabwe will be banking on the experience of captain Hamilton Masakadza, Elton Chigumbura, Chamu Chibhabha, Malcolm Waller and comeback man Tendai Chatara when they take on Pakistan in the five-match ODI series. Former Zimbabwe Under-19 captain Liam Roche, Tinashe Kamunhukamwe and Ryan Murray have been included in the squad and are in line for their debuts.

The ODI series against Pakistan gets underway this Friday at Queens Sports Club, with the rest of the matches scheduled for 16, 18, 20 and 22 July at the same venue. 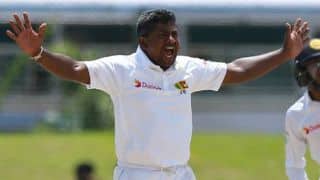