Thailand have been placed in Group B alongside West Indies, South Africa, England and Pakistan.

Thailand have named announced their 15-member squad for the ICC Women’s World Cup 2020 to be played in Australia next month. This is Thailand’s maiden appearance at the showpiece event and they’ll be led by Sornnarin Tippoch at the tournament.

Tippoch packs an experience of 35 T20Is in which she has 39 wickets at 9.74 and 223 runs as well. She will be banking on Nattaya Boochatham and Naruemol Chaiwai, the top T20I wicket-taker and run-getter of 2019 respectively.

The squad mostly comprises players who played an instrumental role in their qualification except for Arriya Yenyueak who misses out. They have added Thipatcha Puttawong and Suwanan Khiaoto while Phannita Maya, who was not part of a quadrangular series in India, has been recalled.

Thailand have been placed in Group B alongside West Indies, South Africa, England and Pakistan. They will face former champions West Indies in their tournament opener on February 22 at W.A.C.A. Ground in Perth.

The tournament gets underway from February 21.

10 teams are participating at the event. Defending champions and hosts Australia are in Group A alongside India, Sri Lanka, New Zealand and Bangladesh. The top two teams from each group will advance to the semi-finals with the final to be played on March 8 at the Melbourne Cricket Ground. 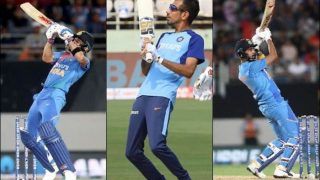 NZ vs Ind: Yuzvendra Chahal Roasts 'Youngsters' Virat Kohli, KL Rahul For Copying His Shot, Gets Trolled Himself Ahead of 3rd T20I at Hamilton | POST 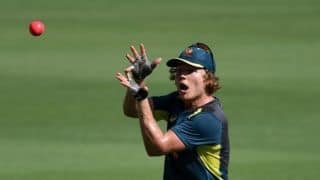