The 50-year-old said it was a high-pressure game with a packed stadium and he was feeling the heat while fielding near the boundary with Pakistan batters on song. 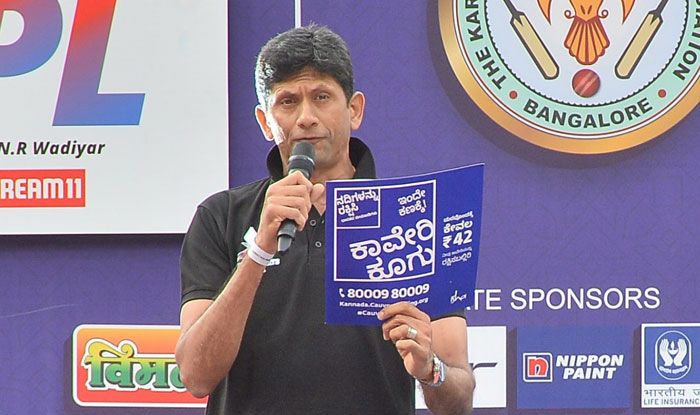 One of the memorable moments from former India international Venkatesh Prasad’s career has to be his famous back and forth with Pakistan batsman Aamer Sohail during the 1996 World Cup.

Chasing 288, Pakistan were off to a flying start and it seemed they were going to finish the match quickly. During the 15th over, Sohail stepped out and crashed one from Prasad through covers for a four. Sohail, brimming with confidence, pointed the area where he had hit the four with his bat and seemed to be mocking the India bowler who kept his cool while returning to his bowling mark.

Prasad reveals he wasn’t expecting the aggressive shot from the Sohail.

“It was actually sort of a slap (the shot), he came down the track and hit the ball towards the point and extra-cover region. I didn’t expect that coming. It was a high-pressure game, with 35,000 people in the stadium,” Prasad told India offspinner Ravichandran Ashwin on his YouTube show, DRS with Ash.

The 50-year-old said it was a high-pressure game with a packed stadium and he was feeling the heat while fielding near the boundary with Pakistan batters on song.

“Before the incident happened, I was at the boundary line. They were smashing us. It looked like the match would get over in 45 overs. I was watching the crowd, standing at fine-leg. I could see everybody was on the edge of their seats. They couldn’t believe what was happening. That’s how the situation was,” he recalled.

Soon after Sohail’s actions, Prasad uprooted his off-stump and gave him an earful and some send-off.

“He came down the track and gave himself a bit of room and hit me for a boundary, he showed his bat and showed his fingers towards the place where he hit the bat. We were quite close, I had completed my follow-through, he said ‘I am going to hit you there the next ball’. I just heard him say that, I just used a couple of words and went back. There was a lot going through,” he said.

“As such, they were smashing us and no one could believe what was happening. I, for some reason, though I was not as quick as Srinath, I would never want a batsman to dominate me. It’s been my character. The moment someone dominates me, irrespective of who it is, I would like to give it back,” he added.

Prasad said maintaining calm in such situation holds the key.

“At the same time, you have got to keep your cool, make sure you’re in the game, make sure you’re able to think well and execute well. A lot of thoughts were crossing my mind when I was going back. I had to make a decision. Then I said ‘this is what I have practised all my life.

“Bowl in the corridor, don’t give width to the batsman and bowl stump to stump’. And I just backed myself, kept my cool of course, didn’t really go back to what happened in the previous ball or what’s going to happen the next ball,” he said. 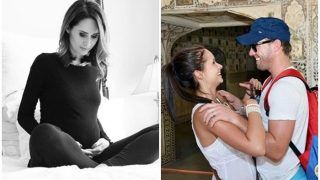 AB de Villiers And His Wife Danielle to Have Third Child Together; Anushka Sharma Reacts