Virat Kohli hammered his fourth Test hundred as captain against Sri Lanka in Galle on Thursday.

Kolkata: Former India cricket captain Sourav Ganguly on Thursday compared present Test skipper Virat Kohli‘s passion and aggression to that of Argentine football legend Diego Maradona. “Maradona is one of my favourite sportspersons and everytime you saw him play football, you could that see he played the game with a lot of heart. Now you see the same thing with Virat Kohli. I love the way he approaches the game, I am a big fan of him. I love how he carries himself off the field as well. Whatever I have seen of him on the television or at the ground, he gives me a lot of confidence,” Ganguly told reporters.

Maradona is revered as one of the best footballers of all time and he is known for his demonstration of his passion and aggression on and off the field which has landed him in trouble on numerous occassions. The 54-year-old catapulted his country to win the FIFA World Cup in 1986 and helped them reach the final in the next edition. He played 91 matches for Argentina. Kohli hammered his fourth Test hundred as captain against Sri Lanka in Galle on Thursday. The prolific right-hander had also scored centuries both innings of the first Test of the Border-Gavaskar Trophy in Adelaide against Australia last December.

The Delhi right-hander then scored another brilliant ton in the fourth and last Test after taking over the captaincy from MS Dhoni, who had retired after the third match of that series. Ganguly, who played 113 Test matches and scored 7,212 runs, feels that it is his hunger for runs that drives Kohli to be a top class performer.

“He is always hungry for runs, he wants to compete and win. He has now got four hundreds from four Tests, which I think is a fabulous sign,” said the former left-hander who retired from international cricket in 2008. Ganguly also heaped praise on Ravichandran Ashwin for his six wicket haul on the first day of the ongoing Galle Test, saying that the off-spinner has put India in a commanding position.

“It was a brilliant effort from Ashwin on the very first day of a Test. It is because of him that India is in a commanding position. He was spinning the ball, and when a bowler spins it he becomes dangerous,” Ganguly, who scored 11,363 runs in 311 One-Day Internationals (ODIs), said. Asked about India’s strategy of playing five bowlers, Ganguly said: “It is an attacking thought, it has worked and that is why we are in such a formidable position right now. Now you have to try and stick to it.” 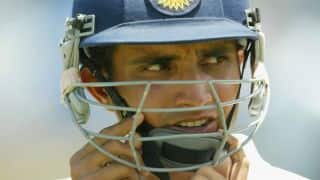 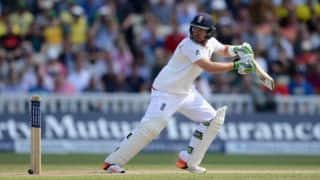