Former India captain Sourav Ganguly on Tuesday joined the growing list of cricketers who expressed their concern about poor crowd turnout in the Eden Gardens and said something needs to be done to so that more people come to watch Test cricket. 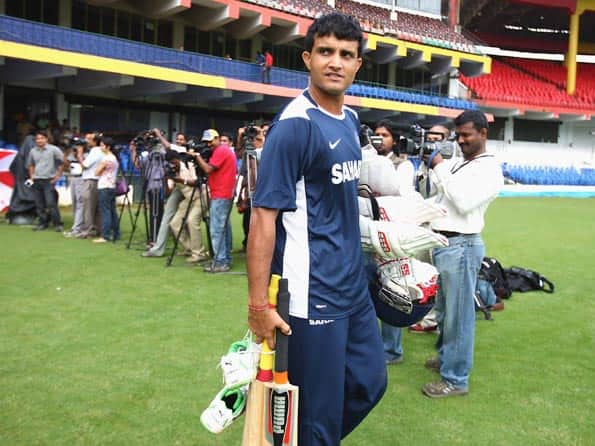 Former India captain Sourav Ganguly on Tuesday joined the growing list of cricketers who expressed their concern about poor crowd turnout in the Eden Gardens and said something needs to be done to so that more people come to watch Test cricket.

The second Test between India and West Indies yesterday began with less than a thousand spectator in attendance, a pitiful sight for a historical venue where in the past more than a lakh people would come to witness a cricket match.

Shocked to see the poor response for the match, former English captain and now commentator Tony Greig likened Eden Gardens to that of a “morgue”, while Indian stalwart Rahul Dravid echoed on the same lines, saying the old “magic” was missing.

“It was sad to see an empty Eden Gardens. Something seriously needs to be done to get the crowd back,” said Ganguly, who plays for Bengal in Ranji Trophy, on the sidelines of Tuesday’s practice.

With crowd turn out dwindling for Tests, the ICC is currently toying with the idea of having floodlit Test matches but Ganguly felt day-night games cannot be an option.

“In the subcontinent conditions where there is dew towards the evening, I don’t think day-night would be an option. But Test format is mother of cricket and we got to find a solution to it,” he said indicating proper planning and scheduling of Test cricket.

During the first day’s play, VVS Laxman and Rahul Dravid recreated their old magic of 2001 Test against Australia when they forged a 140-run partnership but Ganguly said the epic 376-run stand in 2001 would remain classical ever.

“It will remain one of the memorable partnerships. But yesterday Dravid played well putting India in a strong position.”

Asked about the hype centred around Sachin Tendulkar’s impending 100th international century which he missed again by getting out at 38 yesterday, Ganguly said: “It’s just a matter of time.”

After the first day’s play, West Indies coach Ottis Gibson had said maybe it was the heavy load of fan’s expectations which was getting the better of Tendulkar but Ganguly disagreed.

“I don’t think pressure is getting on him. He has been there for 22 years and the burden of expectation has always been there. The way he got to the 99, he will get to the 100.

It’s just a matter of time,” he said during Bengal’s practice at the Jadavpur ground.

The Pune Warriors player in the Indian Premier League T20 yesterday had a meeting with his teammate Yuvraj Singh, discussing about the team strategy for the upcoming edition.

“I’m all excited to play for IPL,” Ganguly said.

Ganguly, however, was conspicous by his absence during the ongoing second Test at Eden Gardens. (PTI)