However, Gower reckons that Ganguly already has the 'bigger job' considering the status the Indian cricket board commands globally.

Former England captain David Gower has said Sourav Ganguly has all the attributes to lead the International Cricket Council (ICC) one day as he has shown through his time as the president of BCCI.

Gower, who played 117 Tests and 114 ODIs between 1978 and 1992, feels Ganguly has the ‘political skills’ and right attitude to keep everyone together.

“One thing I have learnt over the years is that if you are going to run BCCI, you need to be many, many thing. Having a reputation like he has is a very good start, but you need to be a very deft politician. You need to have control of a million different things,” Gower said,

“And of course you need to be responsible for a game that is followed by, I mean, should we say a billion people here in India? We all know about the immense following for cricket in India. So it is indeed a wonderful thing to behold. Sourav has the toughest task imaginable in charge of BCCI, but so far I would say the signs are very good. He has listened, given his own opinion and has pulled strings gently,” he added.

However, Gower reckons that Ganguly already has the ‘bigger job’ considering the status the Indian cricket board commands globally.

“I think he is a very, very good man and has those political skills. I think he has the right attitude and can keep things together and will do good job. And if you do a good job as BCCI chief in the future, who knows? But I would actually say the more important job, to be honest, is running BCCI. Being head of ICC is an honour there is a lot that can be done by ICC, but actually look at the rankings, look at where the power is heading up. BCCI is definitely the bigger job,” the 63-year-old said.

The former England captain says during his playing career, Test cricket was the most important format and therefore there was no need for it to be given any context.

“The idea of this World Test Championship has come about for one very simple reason that people are worried about the survival of Test cricket,” he said. “Back in the seventies, eighties, I don’t think we needed context to be fair. Test cricket was very much more obviously the most important format and if there was anything to be judged by, it was the performances in Test matches both as an individual and as a team. Odysseys were seen as serious, but in a sense, more fun. I think everyone just believed that Test cricket was the ultimate test and if you had any sort of personal pride, if you had any team pride, then you made sure that you played as well as you could in most Test matches.”

However, the initiative has Gower’s backing. “But I think the, the idea is a good enough one for now, whether or not we get through it, obviously with interruption to world cricket at the moment, there are issues with that and whether or not we get to that first final in due course, we will have to wait and see,” he said. 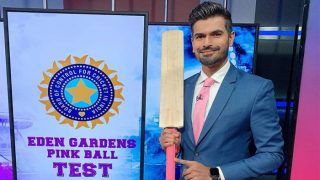 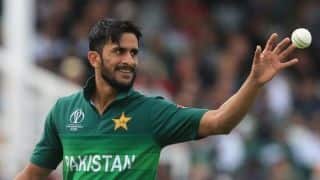