Ganguly further heaped praise on the legendary wicketkeeper-batsman saying, "You won't get another Dhoni very, very soon, but what he does - whether he wants to play, whether he doesn't want to play, is up to him." BCCI President Sourav Ganguly said Mahendra Singh Dhoni has ‘surely’ communicated his future plans to India captain Virat Kohli and selectors. Dhoni has been on a sabbatical from international cricket since India’s semi-final exit in the ICC Cricket World Cup 2019, leading to speculations about his future.

Ganguly, a decorated captain himself, was full of praise for the 38-year-old two-time World Cup-winning skipper and said it will be difficult to get a player of Dhoni’s calibre. “It’s his (Dhoni) decision what he wants to do, but I don’t know. I haven’t spoken to him, but he’s a champion, he’s been an absolute champion in Indian cricket.”

On the seasoned wicketkeeper-batsman, who led India to title wins in the inaugural World T20 in South Africa in 2007 and the ODI World Cup at home in 2011, Ganguly further said, “You won’t get another MS Dhoni very, very soon, but what he does – whether he wants to play, whether he doesn’t want to play, is up to him.”

Dhoni has so far refused to talk regarding his future. At an event in Mumbai earlier, Dhoni had said questions regarding his return to cricket should only be asked after January 2020.

Moving on to the issue of India not winning an ICC tournament in recent years, Ganguly said he will engage with captain Virat Kohli and coach Ravi Shastri to address it.

India last won an ICC tournament in 2013 when the Mahendra Singh Dhoni-led team beat England in the final of the 50-over Champions Trophy. “This is one thing which needs to be addressed and at some stage, I will speak to Virat and Ravi,” Ganguly said.

The former India captain, in charge of BCCI since October, added, “The players that you need to find a way to get past the hurdle in the game whether it’s a mental hurdle or whatever.

“It’s a very strong team but when you have to go past the semi-finals, like in this (2019) World Cup. They played so well, but lost to New Zealand in one day.”

The India captain will get another opportunity to break the jinx during the T20 World Cup in Australia later this year.

While optimistic about India’s prospects, Ganguly felt there is a need for improvement while batting first in the shortest format.

“I think they are capable, I have certain opinions and ideas looking from the outside. I’ll speak to him in private. T20 cricket needs freedom which has to be implanted in this Indian team.”

“As a batting unit, they chase very well because they know what score to get, but they are in trouble when they bat first most number of times, so I think that he needs to solve it,” Ganguly signed off. 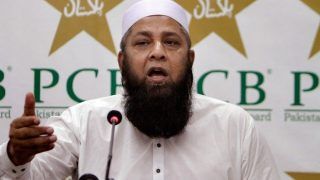 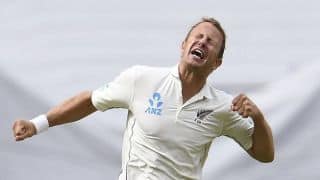