Sourav Ganguly praised Lasith Malinga after he led Sri Lanka to the ICC World T20 2014 title. Malinga acted as stand-in captain as Sri Lanka beat India in the final on April 6. Ganguly also said that Sri Lankan legends Mahela Jayawardene and Kumar Sangakkara would have been relied to finally win an ICC event in their careers.

Sri Lanka beat India by six wickets to win the 2014 edition after two previous losses in the 2009 and 2012 World T20 finals. Sri Lanka have also lost the last two 50-over World Cup [2007 and 2011] finals as well. Jayawardene and Sangakkara have been involved in all those defeats.

“After five tries at winning a big final, it must have been a night to remember for Sri Lanka. Mahela and Sangakkara have been legends of Sri Lankan cricket and it would have been a huge hole in their careers had they not won an ICC world tournament,” wrote former India captain Ganguly in his column for the Hindustan Times.

“Sunday night, they would have had a time which will remain as golden memories. The situations which occurred during those 40 overs can change the perspective of players to come.”

Ganguly said according to him, if one keeps trying hard enough, there is a guarantee of success at some point. He went into praise Malinga, who got the captaincy after Dinesh Chandimal dropped himself from the XI due to poor form.

“This game keeps producing surprises and there is no hard and fast rule to success. The biggest example is Lasith Malinga. Some of the great names of Sri Lanka cricket, who have been true champions, tried their hearts out to win the cup but here was a man who was given the captaincy by default and went on to win three of Sri Lanka’s biggest games and will remain in history books forever,” added Ganguly.

“It also strengthens my belief that good captains come out of nowhere and the reasoning behind a succession plan is not the only way to make good ones.

“Also, it emphasises and opens up a side of the sport which is that you live with the present and play for that particular moment. Looking too far ahead will necessarily not give you results.”

Ganguly also advised fans to be proud of the Indian team. India were dominant throughout the tournament having won all their matches en route to the final.

“Fans in India should be happy with the way India played in the tournament. They were outstanding and never looked to have a weakness till an outstanding day of cricket by Sri Lanka took the trophy away from them.

“I must say the Sri Lankans came out with a plan and executed it to perfection. It was one of the best bowling displays for a long, long time and Malinga and Nuwan Kulasekara were unbelievable in the last four overs,” concluded Ganguly. Dinesh Karthik plans to 'express' himself for Delhi Daredevils 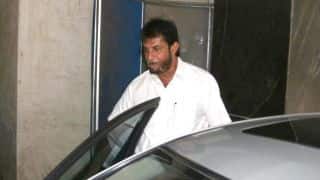