Both Sourav Ganguly and Shahrukh Khan are said to be interested in the Kolkata franchise.

The League is sponsored by IMG-Reliance and is a joint venture between Mukesh Ambani and Rupert Murdoch.

CNN-IBN tweeted saying that both Ganguly and Shahrukh are to bid for the Kolkata based franchise.

Both Ganguly and Shahrukh have a history when it comes to sports franchises based from Kolkata. The Bollywood actor owns the Kolkata Knight Riders. Ganguly was the captain and icon player in the first season.

He then played for the now defunct Pune Warriors India franchise. Other celebrities who are reportedly interested in the Indian Soccer League are actors John Abraham and Ranbir Kapoor.

The League is setup like the Indian Premier League (IPL) and will have city-based franchise teams. The other cities are Chennai, Bangalore, Mumbai, Kochi, Pune, Goa, Guwahati and New Delhi. Andrew Stoddart: The first captain to declare an innings in Test cricket 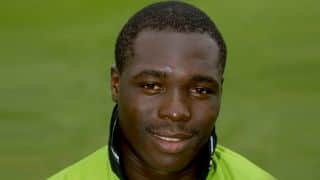 Kennedy Otieno: One of Kenyan cricket's pillars in 1990s