The BCCI had floated tenders for an event management group and probably the name will be announced.

New Delhi: The Committee of Administrators (COA) led by Vinod Rai will monitor the proceedings of the all-important Indian Premier League Governing Council meeting here tomorrow. While it is confirmed that COA will supervise the GC proceedings, it is still not clear if chairman Rajeev Shukla will be chairing the meeting as COA is the overall authority of the board. This will also be the first IPL GC meeting under the COA where a host of decisions are expected to be taken.

The BCCI had floated tenders for an event management group and probably the name will be announced. All the existing contracts with various vendors and the new deals inked would also be checked. “The circumstances have changed. So everything needs to happen under COA unless Mr (Vinod) Rai himself instructs Mr (Rajeev) Shukla to chair the meeting,” a source told PTI. Sourav Ganguly is also coming to attend the meeting as he is a part of the IPL Governing Council.

Ganguly on Monday said that it was refreshing to see Indian pacers led by Umesh Yadav put pressure on Australia in the ongoing series, adding that Yadav has been bowling really well. The pacer has picked up 17 wickets from 4 Tests, including the three wickets he took on day three in Dharamsala to help India stay within sniffing distance of a 2-1 series win. India now need 87 runs to win after the tourists were bundled out for a meagre 137 in their second innings.

Ganguly said, To see an Australia team on the back foot against fast bowling is a great sign. Umesh, to me, is the find of the season. Hope he carries on the good form with the ball. 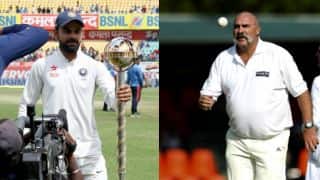 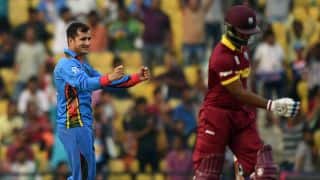