Ganguly - took over the captaincy mantle from Mohammad Azharuddin in 2000 during turbulent times.

Sourav Ganguly – who turns 48 in hours from now – is credited to have backed and nurtured talent before MS Dhoni took over and turned the side into becoming world champions. Ganguly – took over the captaincy mantle from Mohammad Azharuddin in 2000 during turbulent times. It was a time when match-fixing had rocked Indian cricket and fans had lost trust from the players.

Ganguly – whose career spanned for a decade and a half, was known for his courage and aggression on-the-field. Ganguly – popularly known as Dada – played 113 Tests for India and scored 7212 runs at an average of 42.17. The left-hander from Kolkata captained India in 49 Test matches and led India to a win in 21 of the said 49 Tests.

As the Bengal Tiger turns 48, here is a look at the top moments from his illustrious:

Dream Start: Making his debut at the age of 24, Ganguly made history at Lords becoming the first Indian and the third cricketer in the world to score a hundred on debut at the iconic venue. He scored 131 and it came against a formidable English attack that featured Dominic Cork, Allan Mullally, Peter Martin, and Chris Lewis. He shot to fame straightaway and became the toast of the nation.

183 vs Sri Lanka: Ganguly – who was not yet made the skipper of the side – smashed an unforgettable 183 off 158 balls against Sri Lanka in a World Cup match at Taunton. His runs once again came against a quality attack featuring Chaminda Vaas and Muttiah Muralitharan. His blistering 183 comprised of 17 fours and seven sixes. Ganguly – along with Rahul Dravid put on a mammoth 318-run-stand to help India post 373/6.

Natwest Glory: The Indian cricket team was not considered to be good travelers, but things changed in 2002 when Sourav Ganguly led the side to an emphatic win. India beat hosts England in an epic final at Lords. And who can forget Ganguly taking off his shirt and waving it from the balcony at Lords?

Ganguly-Chappell Controversy: Things took a turn for the worse for Ganguly – who by then had become a big figure in Indian cricket. Once, former Australian cricketer, Greg Chappell became the coach of the Indian side – infighting in the dressing-room between the captain and the coach came to the fore in 2005. Soon, Ganguly was stripped of his captaincy and what followed was the exit door.

The Comeback Man: After the sacking of Ganguly, he did not give up, instead he went back to the grind. Ganguly played a handful of domestic matches where he scored runs and convinced the selectors, that he deserved a spot in the side. In 2006, Ganguly was picked for the tour of South Africa and he repaid the faith shown to him by the selectors by scoring a gritty 51 in the first Test against a strong South African bowling attack comprising of Shaun Pollock, Makhaya Ntini, Dale Steyn, Jacques Kallis and Andre Nel at the Wanderers.

On that note, here is wishing Ganguly – who is currently the BCCI supremo all the very best as he turns 48. 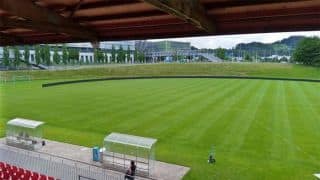