After the initial reluctance, India agreed to play the Pink-Ball Test on Ganguly's insistence as Kohli and boys took on Bangladesh at the Eden Gardens last month.

After the massive success of India’s maiden Pink-Ball Test in Kolkata, BCCI President Sourav Ganguly wants Virat Kohli and Co. to play at least one Day-Night Test match in every series. India played their first-ever Test under the lights against Bangladesh at the historic venue of Eden Gardens, Kolkata.

Riding on skipper Kohli’s hundred and 9-wicket match haul by pacer Ishant Sharma, India defeated Bangladesh by an innings and 46 runs in little over two days to wrap the two-match series 2-0. More than 50,000 spectators flooded the stadium on all three days making the affair a ‘memorable one’ for the players.

Now, with support from current skipper Kohli, Ganguly wants the Indian cricket team to play at least one pink-ball Test in every series.

After the initial reluctance, India agreed to play the Pink-Ball Test on Ganguly’s insistence as Kohli and boys took on Bangladesh at the Eden Gardens last month. It was a gala affair as Eden witnessed sellout crowd although the match was as lopsided as it can get with the home team winning by a massive margin.

“I am pretty upbeat about it,” Ganguly told The Week.

“I feel this is the way forward. Not every test, but at least one Test in a series.”

Ganguly added that he will share his experiences of hosting a Pink-Ball Test at Eden with other associations. “I will share my experiences with the board and we will try and implement it in other places. After this, everyone is ready.”

“Nobody wants to play Test cricket in front of 5,000 people,” the former India captain concluded. 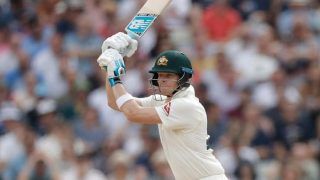 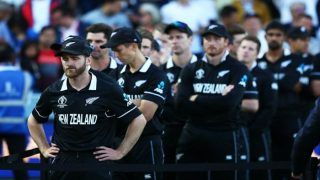