Ashok Mustafi, who died of a cardiac arrest, trained Sourav Ganguly and his close friend Sanjay Das at the Dukhiram Coaching Centre in the mid-1980s.

He was 86. He is survived by a daughter, based in London.

“He was suffering from heart-related ailments and was admitted to a hospital in April. Early this morning he suffered a cardiac arrest and breathed his last,” a family source told PTI.

He was the coach of famous Dukhiram Cricket Coaching Centre which came into being under the Aryan Club galleries — once considered the nursery of Bengal cricket having produced more than a dozen of Ranji cricketers including Ganguly.

In a condolence message, Cricket Association of Bengal President Avishek Dalmiya said: “I am shocked and sad at the demise of Mustafi Sir. His contribution to cricket, especially in shaping up careers would be remembered forever.

“Deepest condolences to his family. Pray to Almighty for his soul’s eternal peace.”

Ganguly’s father had put him under Mustafi in his formative years as he took his early cricketing lessons along with his childhood friend Sanjay Das in the mid-1980s.

“He was not only our Sir but a friend, philosopher and guide. Sourav and I spent about six years under his coaching. Your first coach is always special and we had the special bonding. Whenever we had any doubts, he was there to offer his guidance,” Das said.

“My heartfelt condolences to his family. It’s a big blow for all of us. He will be missed by the entire cricketing fraternity. May his soul rest in peace,” Das, who is also the tour and fixture committee member of the CAB, added.

Last month, Mustafi’s condition had deteriorated and Ganguly along with Das made all the arrangements for his treatment.

In 1992, Mustafi joined Howrah Union before associating himself with a coaching centre near his residence in Saltlake. 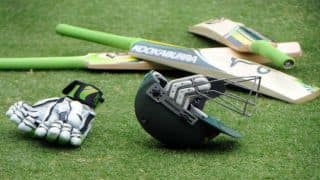