Thando Ntini, son of South Africa s former bowler Makhaya Ntini, has been included in the side.

Cricket South Africa (CSA) announced their 15-man squad for the 2018 U-19 World Cup, on Monday. Raynard van Tonder was named the captain. The World Cup will be played from January 13 to February 3.

The side also includes Wandile Makwetu, the only player in the squad who has played World Cup previously. Thando Ntini, son of South Africa s former bowler Makhaya Ntini, has also been included in the side. Thando, like his father, also plays as a pace bowler in the team.

“Congratulations to all the players who will be representing our country in New Zealand. We wish them everything of the best, in the knowledge that they will represent us well and maintain the standards set by their predecessors,” commented Thabang Moroe, CSA Acting CEO

“I also extend best wishes to our head coach, Lawrence Mahatlane, and his management team who I know will leave no stone unturned to ensuring our squad is well prepared.

“When you look at this group of young players with their diverse backgrounds you see confirmation that development, transformation and excellence are all linked together in providing a very exciting future in fulfilling our vision of being a truly national sport of world-class standards.”
South Africa are in Group A along with Kenya, West Indies and New Zealand. They will begin their World Cup campaign against Kenya on January 14.
Squad: Raynard van Tonder (c), Matthew Breetzke, Jean du Plessis, Jason Niemand, Gerald Coetzee, Jade de Klerk, Fraser Jones, Wandile Makwetu, Andile Mogakane, Kgaudise Molefe, Thando Ntini, Jiveshen Pillay, Hermann Rolfes, Kenan Smith, Akhona Mnyaka.
First Published on
Last updated on December 11, 2017 8:37 PM IST 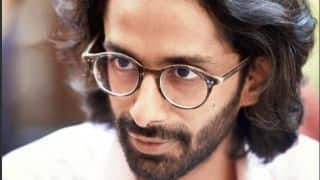 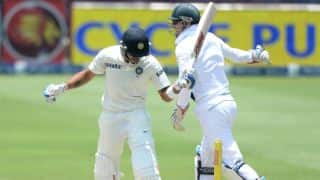