Abbot, Shezi and de Lange have come in as replacements.

South Africa have announced their One-Day International (ODI) squad for the tour to Zimbabwe . South Africa will play three ODIs against Zimbabwe after the only Test is concluded. The big news is that Dale Steyn, Morne Morkel and Vernon Philander. Replacing them are Marchant de Lange, Kyle Abbott and Mthokozisi.

South Africa would also be without Jacques Kalli,s who retired from international cricket after a tough tour to Sri Lanka. South Africa won the series 2-1 in South Africa. Though the major players have been rested, but they will be returning to the team ahead of the tri-series against Australia and Zimbabwe. South Africa’s three-match ODI series will be sandwiched between the tri-series and the only Test. 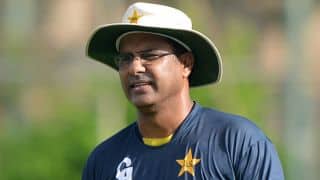