New Zealand captain Brendon McCullum on Tuesday heaped praise on the No 1 Test side South Africa, who maintained their supremacy with a 2-0 whitewash against the Kiwis in the recently-concluded Test series. 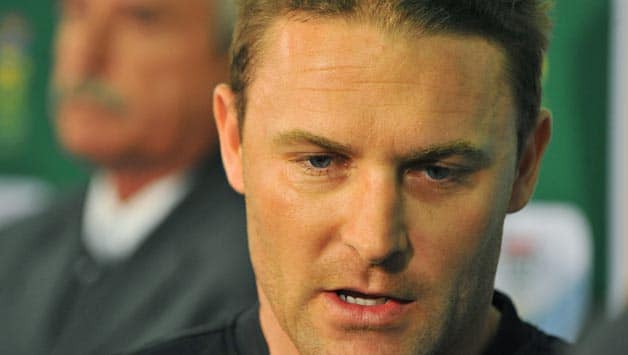 New Zealand captain Brendon McCullum on Tuesday heaped praise on the No 1 Test side South Africa, who maintained their supremacy with a 2-0 whitewash against the Kiwis in the recently-concluded Test series.

McCullum was quoted as saying by SuperSport: “We came up against a team at the absolute top of their performance cycle and I can’t speak highly enough of how well they played and how they never let us get into the game.”

“We’ve disappointed a lot of people back home but they need to understand this team’s life cycle is greatly different from that of the current South African team and the acknowledgement of the difference in class between the two teams is an important perspective,” McCullum added.

New Zealand looked miserable against the South African pace attack, as they were shot out for a paltry 45 in the first innings of the first Test. This was New Zealand’s lowest-ever Test score against South Africa.

The Black Caps missed the services of Ross Taylor, who opted out of the tour after being unceremoniously stripped of the captaincy, and also senior cricketer Daniel Vettori, who was injured.

Jesse Ryder remained out of reckoning and star bowler Tim Southee had to miss the tour due to a thumb injury.

However, young cricketers Dean Brownlie and BJ Watling showed signs of the Kiwis’ fightback in the two-Test series.

McCullum said: “BJ and Dean were excellent in the way they applied themselves and had a really good series in the circumstances. The rest of us will look at it as a missed opportunity while we’ve got to learn from the experience rather than wallow in defeat.”

“We didn’t front up when we needed to but we were also put under some tremendous pressure throughout by a team that’s at the top of its game, and they provided some learning opportunities for us.

“It hurts but we’ve got a pretty good blueprint on how the best team in the world goes about their cricket.”