Conway though has mixed feelings regarding the development with the world battling coronavirus pandemic.

South Africa-born Devon Conway will be eligible to play for New Zealand cricket team from August 28, the ICC confirmed in a statement on Tuesday. Conway, who left Johannesburg in 2017, has been representing Wellington in New Zealand domestic competitions.

Conway left his native South Africa after failing to impress to cut a deal in the top-tier franchise cricket while slogging it out at the provincial level. He arrived in New Zealand aged 26 and the switch has proved to be a game-changer.

He was the leading run-getter of the 2019-20 season in all three domestic competitions including the Plunket Shield (first-class ), Ford Trophy (List A ), and T20 Super Smash. He also topped the run-charts in two out of three formats in the 2018-19 season too.

Overall, in 17 first-class matches for Wellington, Conway has smashed 1598 runs at a sublime average of 72.63.

“It’s really awesome to have that solid date, 28th of August, as a reminder to say that you’re pretty close,” Conway said in an interview on Tuesday. “In saying that, it doesn’t guarantee selection. So I am pretty pretty happy to hear about that, but you’ve just got to keep working hard and hopefully get an opportunity to break into that Black Caps team, which is pretty awesome at the moment – you’ve got world-class players there, and it won’t be easy to get into that team.”

The ICC has granted Conway an “Exceptional Circumstance dispensation which means, should he be selected for the NZ A tour of India (starting August 15) or the BLACKCAPS tour of Bangladesh (starting August 12), he will be allowed to play in tour matches ahead of the August 28 deadline.

Conway though has mixed feelings regarding the development with the world battling coronavirus pandemic.

“Little bit mixed feelings at the moment. Obviously really happy to hear the news about my eligibility, but then again, in saying that, with regards to what’s happening at the moment throughout the world, just puts [everything] in perspective,” he said.

With the facilities closed due to the coronavirus-forced lockdown, Conway has been maintaining his fitness.

“I’m trying to do as much physical work as possible, as it allows me, but I also try and focus on doing some of those eye exercises that are quite important to me, and using skills like boxing to stay active – I’m enjoying that recently There’s not a lot that we can do, but as much as you can do, it’s important to do during this period,” he said. 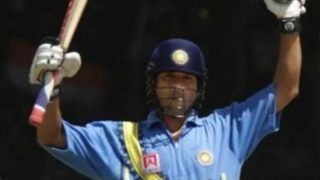 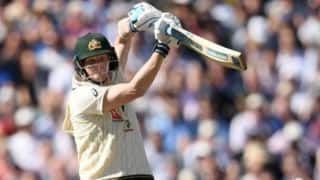