Saeed Ajmal and Shahid Afridi starred for Pakistan as South Africa were bowled out for 183 in the first One-Day International (ODI) in Sharjah. 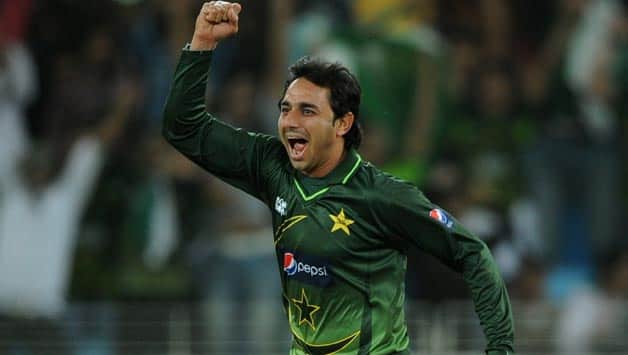 Saeed Ajmal and Shahid Afridi starred for Pakistan as South Africa were bowled out for 183 in the first One-Day International (ODI) in Sharjah.

AB de Villiers won the toss and elected to bat first but the move did not pay dividends as opener Colin Ingram was sent back to the pavilion in the second ball of the first over by Mohammad Irfan.

JP Duminy and Graeme Smith came together for the third-wicket partnership but that too couldn’t last long as Sohail Tanvir got the better of Duminy. In a bid to up the scoring rate, Duminy pulled a short delivery from Tanvir but failed to clear Umar Amin at square leg.

Next to depart was skipper Smith who was enticed by Saeed Ajmal’s delivery that was a touch slower through the air. Smith came forward and was beaten all ends up. He failed to get back into the crease before wicketkeeper Umar Akmal broke the stumps. At this stage, South Africa were down to 48 for three in the 13th over.

Ajmal then trapped Faf du Plessis in front of the stumps in the 15th over. The South Africa batsman called for a review but replays suggested that the ball had hit in him line.

Pandemonium struck when AB de Villiers was caught and bowled by Ajmal. It was a tossed up doosra from Ajmal and De Villiers, who had danced down the track, had to change his shot in the last minute. He ended up chipping the ball straight to Ajmal. At this stage, South Africa were down to 63 for five in the 19th over.

A 52-run partnership between Wayne Parnell (56) and Lonwabo Tsotsobe (16 not out) helped South Africa put up some fight before they were skittled out for 183. 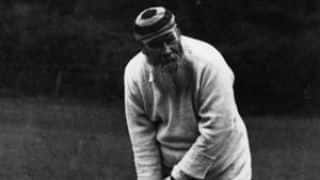 Sachin Tendulkar retirement: Bowling to him in nets was best way to judge yourself, says Javagal Srinath