South Africa are now preparing for second T20I against England in Taunton today.

Johannesburg: South Africa coach Russell Domingo, who is in England for the ongoing T20 and Test series, is all set to fly back home after his mother was critically injured in a car accident. Confirming the news, Cricket South Africa (CSA) said that Domingo’s mother was travelling alone in Port Elizabeth when the accident took place,Sport24 reported. The 42-year-old has been with the AB de Villiers-led side throughout the Champions Trophy, where the Proteas slumped to an eight-wicket defeat to runner-ups India in their final group clash to knock out of the tournament. Full Cricket Scorecard: ENG vs SA, 2nd T20I

South Africa are now preparing for second T20I against England in Taunton today. They two sides will play the third and final T20 in Cardiff before heading to the four-match Test series against England, beginning at Lord’s on July 6. However, Domingo’s future beyond the England tour is uncertain, after CSA informed earlier this year that the former would have to re-apply to stay on the post.

So far, in this tour of England, South Africa have already lost the ODI series by 2-1, followed by their elimination from group stage of the recently concluded ICC Champions Trophy 2017. 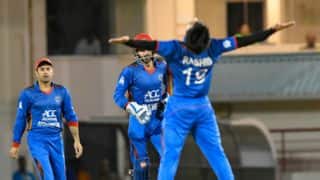 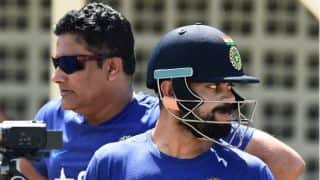 India likely to favour new coach who could 'get along' with Virat Kohli, indicate BCCI officials