The absence of experienced players in the South African cricket team cost them dearly during the away series against Sri Lanka, which the Proteas lost 1-4, coach Russell Domingo has said. 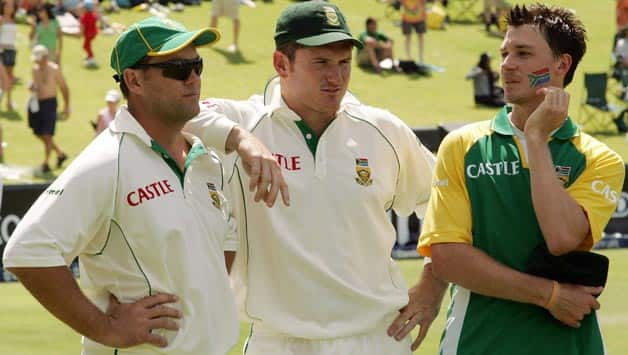 The absence of experienced players in the South African cricket team cost them dearly during the away series against Sri Lanka, which the Proteas lost 1-4, coach Russell Domingo has said.

“We need to manage guys like Dale Steyn and Jacques Kallis. We also need their input in our one-day system. Their unavailability for this tour has shown up through the lack of experience we have had,” Domingo said.

“I need to have discussions with these players and then decide on which players we want to take forward to Dubai,” Domingo added as he commented on the Proteas’ next engagements — a five-match series against Pakistan in Dubai and Abu Dhabi followed by a series against India at home.

The Proteas’ resources were found wanting in the tough Sri Lankan conditions, with Domingo confirming that a lot of introspection and decisions need to be made looking ahead to the future series and the ICC World Cup 2015.

“Everyone knew it was going to be a tough start,” a clearly disappointed Domingo said.

Domingo admitted that the Proteas were outplayed in all three departments, and said the gap between the teams is a reflection of how much the ODI unit still has to grow.

The middle-order was consistently poor throughout the series, and struggled to fire collectively.

Domingo hoped the players will benefit from the experience in the long run, but admitted that better planning and foresight will be needed for future tours.

“We have a few players like [Farhaan] Behardien, [David] Miller and [Faf] Du Plessis who haven’t played ODI cricket in Sri Lanka before, so it was a massive learning curve for them.

“Their inexperience in those positions was shown and those are things we need to consider for future tours on the sub-continent, making sure we have the right personnel in those important positions for the conditions.”