England and South African players took time out of their busy schedules this week during the ICC Champions Trophy to visit organisations in England and Wales and show solidarity with persons living with HIV. 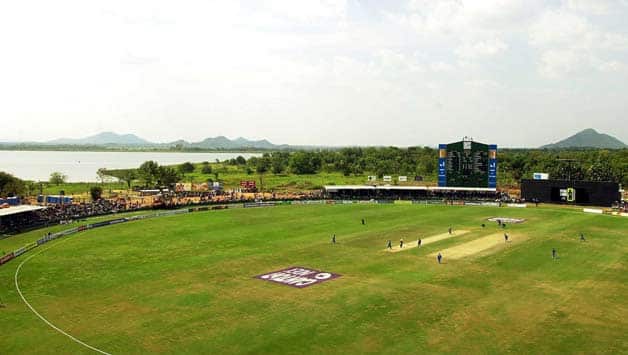 During both visits, players elected to have rapid HIV tests to help raise awareness for the service that the Terrence Higgins Trust offers © Getty Images

England and South African players took time out of their busy schedules this week during the ICC Champions Trophy to visit organisations in England and Wales and show solidarity with persons living with HIV.

During both visits, players elected to have rapid HIV tests to help raise awareness for the service that the Trust offers, with Tredwell taking his test in London and Duminy and Miller doing theirs in Cardiff. Terrence Higgins Trust is the UKs largest HIV and sexual health charity and offers a wide range of services, including the rapid HIV test.

In Cardiff on Wednesday, the South African players met persons living with HIV in Wales and learned about the stigma that they experience in their everyday life within their communities.

Commenting on the visit on Wednesday, 24-year-old Miller said.

“I took the rapid HIV test today to help raise awareness and also learn more for myself about my status. Being part of the Proteas squad visiting Terrence Higgins Trust in Cardiff today, with some media accompanying us, hopefully we’ve managed to raise awareness of HIV and how easy it is to get tested.

“As a group we spoke a lot and learnt about what to do and what not to do and ultimately to be loving and supporting to persons living with HIV. I was very surprised to hear how much persons living with HIV in Wales are suffering with stigma, we in South Africa have a similar issue but it is improving. Today has been a real eye-opener and reality check for all of us.”

“It was very interesting today, just to sit and hear what these people go through on a day-to-day basis and all the discrimination that they face, the stigma that is shown against HIV and AIDS is pretty dreadful.

“I guess us being here is creating some awareness around the stigma of HIV and AIDS is not that bad, you’re not, for example, going to get the virus by swimming in a pool next to someone, understanding that is really important.”

At the London visit, the England players had the opportunity to meet persons living with HIV and get the facts that surround the disease, and learned how to protect themselves and others whether seropositive or negative.

The cricketers also spent time visiting The Food Chain kitchen, where meals are prepared every week by volunteers for people living with HIV in London who are struggling to access the food they need to stay well. The players were treated to some healthy snacks and learned more about the importance of good nutrition for people living with HIV from the charity who also provide dietetic advice, recipes and cookery classes.

Tredwell said after his HIV Test, “I felt it was important to take the rapid HIV test on today’s visit to show people that it’s an easily accessible test and that the support and services are available in the UK and globally whether you’re HIV positive or not.

“The ICC’s THINK WISE campaign is about getting the facts and protecting yourself whether you test positive or negative you should still get the information and be aware and protect yourself and others. Hopefully as an international cricketer, I’ve helped to raise some awareness about HIV and that people will follow my lead in getting tested and knowing their status.” 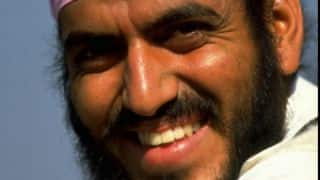