The 35-year-old former South African captain will join the team in the second half of the competition which runs from December to February.

One of the South African greats, AB de Villiers, is set to ply his trade in the Big Bash League (BBL) after he was signed up by Brisbane Heat on Tuesday.

The 35-year-old former South African captain will join the team in the second half of the competition which runs from December to February.

de Villiers, one of the finest and innovative batsmen to have ever played the game, represented South Africa in 114 Tests, 228 ODIs and 78 Twenty20 international during his 14-year career. The South African announced his retirement from international cricket in 2018.

He said that the decision to join Brisbane Heat in the BBL was a straight-forward choice. “The Heat have always stood out to me,” he told brisbaneheat.com.au.

“Brisbane is a lovely city I’ve been there a few times before traveling with the South African team. I love the place, I love the weather. It’s similar to Pretoria where I’m from,” he continued.

“They play the kind of cricket that I want to be associated with. It’s quite aggressive. They go after the attack. And the Gabba, it’s a beautiful cricket field. It’s a great wicket and games are always of a high quality,” added de Villiers.

He also revealed that he had a word with Brendon McCullum about Heat. The South African also said he is delighted to play alongside Chris Lynn.

“I’ve spoken to Chris a few times after games in the IPL. I always enjoy the way he plays the game, he really goes after the bowling, he attacks the game, and he seems like a really good teammate,” said de Villiers.

“He gives his best shot for the boys. I’m looking forward to joining forces with him,” de Villiers added.

Former Australia coach and now Heat’s coach Darren Lehmann said he was looking forward to work with de Villiers for the first time.

“Lynny noted that when he was playing for the Knight Riders against AB in the RCB team that he was outstanding in how he worked with his teammates – very selfless and eager to play for the team,” said Lehmann.

“I’m certain our young players will learn some important insights into how to play as individuals but also achieve success as a squad. He’s played almost 300 T20 games and excelled all over the world so we know he has the skills and the mental toughness to come into our club and make a positive impact,” concluded Lehmann. 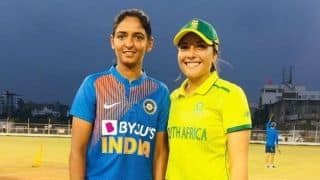 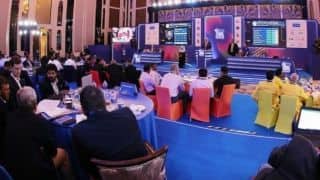