He even said India has a stronger batting line-up on home conditions.

Former South African cricketer Fanie de Villiers admitted that South Africa just have ten per cent chance of winning the upcoming series in India, starting next month. The 72-day marathon series consists of three Twenty20 Internationals (T20Is), five One-Day Internationals (ODIs) and four Tests and Fanie, who was a crucial part of the South Africa side when they were just climbing the ladder in world cricket, believes that Indian batting line-up is better than the top-ranked Test side s. I think we have got three batsmen in top 45, while India have got four to five, the 50-year-old added. However, he also said since both the teams have struggled in each others backyard, eries between India and South Africa should be three Tests each in India and South Africa and that will give a fair reflection. READ: India vs South Africa 2015: JP Duminy feels good strategy needed to win T20I series

Fanie further added, Dale Steyn is very effective in all conditions but he is not going to take all the wickets. Of late, Vernon Philander isn’t as consistent as he was; he isn’t as good as he was. We have got four spinners, which I feel will be more effective in backing Steyn and Morne Morkel. The former Kent cricketer who played 18 Tests and 83 ODIs for his country suggested that Philander and Harmer can bat but cannot be considered all-rounders so the the top and middle order batsmen have to make sure if they get the start, they make it count and go on to make big ones. READ: Sachin Tendulkar: Imran Tahir must be tackled properly by Indian batsmen 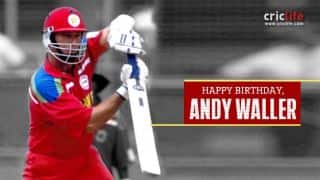