South Africa are on the verge of finalising their 15-member squad for the ICC World Cup 2019 in England and Wales, according to Cricket South Africa s (CSA) National Selection Panel Convener Linda Zondi.

The Proteas have had a phenomenal year in ODI cricket, with victories in Sri Lanka and Australia. With just 10 ODIs to go before the 50-over showpiece event, Zondi said that many questions have already been answered and the squad looks set.

We had a lot of questions that we answered in the Australian series, Zondi was quoted as saying by CricketNext on Tuesday.

It’s a pity we had a couple of players who were injured with JP Duminy being the example. He played well in Sri Lanka and we would have loved to see him in the Australia series.

We more or less know about the structure of our side we just now need to finalise in the next two series and see if the guys are going to grab their opportunities.

“The guys must put up their hands and say this is my spot I want to cement my spot and move on. I think we’re more than 85 per cent in terms of where we want to be in regards as a team and combinations.

South Africa s recent win came in Australia where they clinched the ODI series 2-1 and the one-off Twenty20 International as well despite the absence of Hashim Amla and Duminy.

Before he got injured Hashim was in good form and Quinton de Kock has also looked in reasonable form, he said.

It’s not like they were in bad form, but for players like them it’s a case of them being on the field playing and backing themselves. They’re the best opening pair we have and we’ve tried everyone else. It’s just been a case of testing the backup players, but I think we are clear with our opening pair. We just need to finalise the number three spot because the other batsmen have come along nicely. We don’t have anything different when it comes to our opening options. 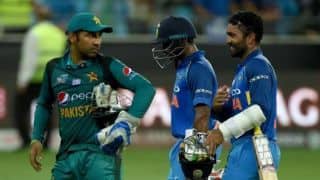 BCCI may have had wish for bilateral cricket but PCB had the need: ICC Dispute Resolution Panel 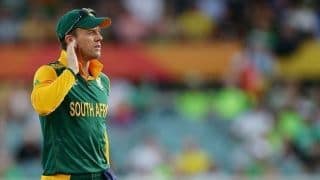