South Africa regained the No 1 Test ranking with a win in Sri Lanka.

South Africa have retained the squad that won the Test series in Sri Lanka recently for their tour to Zimbabwe. Hashim Amla’s side beat the hosts 1-0 in a two-Test rubber and managed to save the second game with the hosts eyeing victory on the final day. Thus, the selectors thought they should retain the same side that  was triumphant in Sri Lanka.

Andrew Hudson, the convener of selectors, was quoted by Cricket South Africa’s official website, “The Proteas have earned a vote of confidence. We will be naming the ODI squad for the three-match series against Zimbabwe next week and will give consideration to resting a couple of players. We will, however, be sending our full-strength ODI squad for the following triangular series against Zimbabwe and Australia.”

South Africa will play Zimbabwe in the only Test at Harare on August 9. They will then play a three-match One-Day International (ODI) series from August 17 to 21 at Bulawayo. Australia will then come to Zimbabwe and they will play a tri-series, which would also involve South Africa. That series begins on August 26, with the final being played on September 7 at Harare. 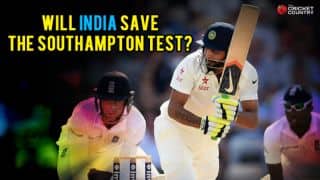