South Africa cricket team is reportedly looking to strike a psychological blow against New Zealand ahead of the World Cup early next year as they open an One-day International (ODI) series against the Black Caps on Tuesday. The three-match series, which begins in the North Island’s picturesque Mount Maunganui, would also provide South Africa with a chance to familiarize themselves with local conditions in preparation for the World Cup pool matches they would play at New Zealand venues.On paper, the series should be a mismatch, with South Africa ranked the world’s second best ODI team, just behind Australia, while New Zealand languish at seventh.

In addition, South Africa has three batsmen in the International Cricket Council’s (ICC’s) top 10, AB de Villiers, Hashim Amla, Quinton de Kock; and two of the world’s best-ranked bowlers; Dale Steyn and Ryan McLaren. New Zealand, meanwhile, have just one player ranked among the ODI elite in batsman Ross Taylor, and he would miss the series with a calf strain. But New Zealand frequently punch above their weight in the 50-over format, including eliminating South Africa at the quarter-final stage of the last World Cup in 2011 and claiming a first-ever ODI series win on South African soil last year.

De Villiers added that playing on New Zealand’s home grounds in their country, the hosts would be even more competitive. South Africa have yet to add the World Cup to their trophy cabinet and De Villiers said that the New Zealand series, and an ODI series in Australia next month provides them with the chance to sharpen his team’s skills for the tournament, particularly in the field. 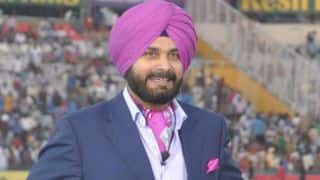