South Africa opens a one-day series against New Zealand on Tuesday looking to strike a psychological blow against the Black Caps ahead of the Cricket World Cup early next year.

The three-match series, which begins in the North Island’s picturesque Mount Maunganui, will also give the Proteas a chance to familiarise themselves with local conditions in preparation for the World Cup pool matches they will play at New Zealand venues.

On paper, the series should be a mis-match, with South Africa ranked the world’s second best ODI team, just behind Australia, while New Zealand languish at seventh.

New Zealand, meanwhile, have just one player ranked among the ODI elite in batsman Ross Taylor, and he will miss the series with a calf strain.

But the Blacks Caps frequently punch above their weight in the 50-over format, including eliminating the Proteas at the quarter-final stage of the last World Cup in 2011 and claiming a first-ever ODI series win on South African soil last year.

Captain de Villiers said the tourists would not underestimate New Zealand, either in the upcoming series or the World Cup, when he believes home advantage means Brendon McCullum‘s men will rank among the tournament favourites.

“I wouldn’t call them dark horses, I’d say one of the favourites,” he said. “They’re always a very competitive ODI team. Playing on their home grounds in their country, they’ll be even more competitive.”

The World Cup is a glaring omission from South Africa’s trophy cabinet and de Villiers said the New Zealand series, and an ODI series in Australia next month, provided the chance to sharpen his team’s skills for the tournament, particularly in the field.

“It’s turning games around, doing special stuff that I see other teams do,” he said. “I don’t believe we are in the top two fielding teams in the world and you need that in a World Cup.”

De Villiers said the New Zealand and Australia series would also give selectors an opportunity to assess fringe players and allow the Proteas to send a message to two sides he sees as World Cup threats.

“Mentally and physically, it would be a really good way for us to get on top of them before the World Cup starts,” he said. New Zealand fast bowler Adam Milne will join Taylor on the sick list for the series, while batsman Kane Williamson will miss the first match and then undergo a fitness test.

The Black Caps have called in Dean Brownlie and Tom Latham to bolster their depleted batting stocks. They also welcome veteran spinner Daniel Vettori back into the 14-man squad after a long stint on the sidelines injured, although it is not yet clear whether he will play. 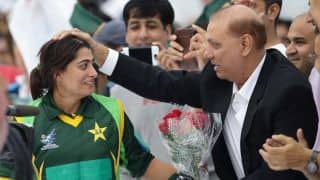 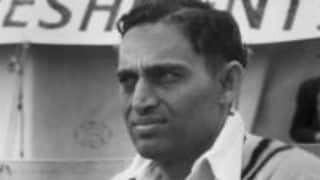