Australia trail South Africa by 66 runs at stumps on Day Two of the third Test at Cape Town. South Africa surely have their tails up, and would like to attain a fifty-run plus lead on Day Three morning. Batting first, South Africa amassed 311 courtesy Dean Elgar’s 141*. In process, Elgar joined Desmond Haynes to become only the second cricketer to carry his bat thrice in Tests. Later, Morne Morkel stunned Australia by sending Steven Smith for 5, and reached to 300 wickets. He is only the fifth South African to the feat. Overall, Day Two was ruled by hosts and Australia’s lower order brief contribution was their only saving grace. Thus, they have managed to reduce the deficit but would be eager to carry on tomorrow.

The live telecast of Day Three will be available on Sony Six and Sony Six HD. Whereas, the live streaming of the match will be on SonyLIV.

Day Three could well decide the final outcome of the series. Tim Paine (not out at 33) would be eager to take the total close to 311. However, he would want support from Josh Hazlewood. The Australian pacer has a job in hand to combat the pair duo of Kagiso Rabada and Morkel. The pair has shared seven scalps so far, and are bowling well in tandem.

At present, it is South Africa’s match to lose. 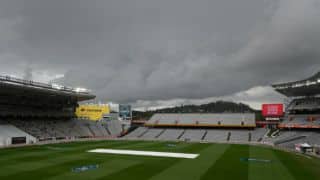