South Africa announced the addition of Stephen Cook just four days ahead of the final Test at Centurion.

Stephen Cook may finally get his much-awaited international cap after South Africa added him to their Test squad for the final Test against England at Centurion. The news was confirmed by Cricket South Africa (CSA) through their official Twitter account, which comes four days before the opening day of the final Test, which has been reduced to dead rubber following England’s thumping seven-wicket victory over the Proteas in the third Test at the Wanderers in Johannesburg. The 33-year-old Lions batsman has been one of the best batsmen in South African domestic cricket in recent times, having hammered two centuries in the last three games, and has over 11,000 First-Class runs to boast of.

Cook is currently the top run-getter in South Africa’s premier First-Class tournament Sunfoil Series with 415 runs at an average of 83. His father, Jimmy, played for South Africa in three Tests and four One-Day Internationals shortly after South Africa’s readmission into international cricket. Should Stephen get selected for the Centurion Test, South Africa will get their first-ever father-son pair to represent South Africa in Test cricket.

“Stephen has been in excellent form this season, and gives us another option at the top of the order,” CSA Selection Convener Linda Zondi was quoted as saying according to a report on Wisden India.

Cook’s addition to the squad comes a couple of days after South Africa’s humiliating defeat at the hands of England in the third Test at Johannesburg, in which the Proteas were bowled out for a meagre 83, their second-lowest total since readmission as well as their second-lowest at the venue.

The South African administrative board, team management as well as skipper AB de Villiers have come under severe fire following the lackadaisical performances in the series so far, with the exception of their superb comeback in the second Test at Cape Town.

South Africa were hammered by 241 runs in their first Test at Durban, and their surrendering of the series to England has resulted in them also conceding their No. ranking in Tests. India, as a result, occupy the top position in the ICC rankings for the first time since 2011. 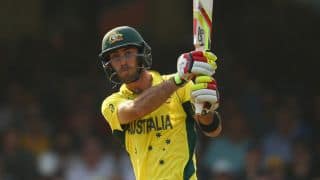 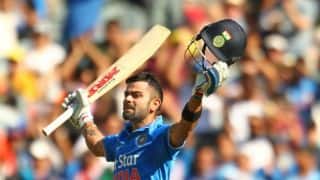