Williamson picked up the injury in India in the CLT202014.

Kane Williamson, the star New Zealand batsman, has been ruled of the remainder of the three-match series against South Africa due to a wrist injury. New Zealand lost the first One- Day match on Tuesday.

New Zealand coach Mike Hesson was quoted as saying by stuff.co.nz “Kane has been ruled out for the rest of the series. He needs further rehabilitation on his wrist and it’s not the time of year where we want to rush him.”

“It’s a ligament issue, it was a one-off incident where there was a small tear in there. It’s been injected and it’s recovered, it just needs some rehabilitation. He batted the last couple of days without a huge amount of discomfort but it’s not something we want to rush back,” Hesson added. Williamson’s absence will be a major blow for the Kiwis. They are already without the services of  Ross Taylor. 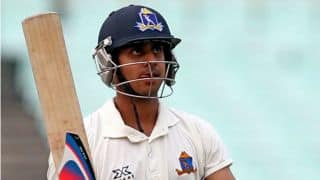 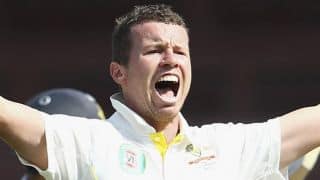