Lakmal, who last played a T20I in March 2018, while his last ODI appearance came in September in the same year.

Sri Lanka have recalled Suranga Lakmal for the three-match Twenty20 Internationals against South Africa that get underway on March 19 with the first match at Newslands, Cape Town.

Jeffrey Vandersay, Sadeera Samarawickrama and Asitha Fernando are among the other additions, while Dasun Shanaka misses out from the 16-member squad announced on Thursday (March 14).

Lakmal, who last played a T20I in March 2018, while his last ODI appearance came in September in the same year. Legspinner Vandersay hasn’t played a game for Sri Lanka since his ODI appearance against Pakistan in October 2017. (ALSO READ: Sri Lanka recall coach Hathurusingha ahead of South Africa T20 series)

Angelo Perera, Avishka Fernando and Priyamal Perera will also be part of the squad, while Oshada Fernando has not been considered. He will return home along with Upul Tharanga and Vishwa Fernando after the completion of the ODI series. Sri Lanka, trailing the ODI series 4-0, are staring at a whitewash when they play the last ODI on Saturday. 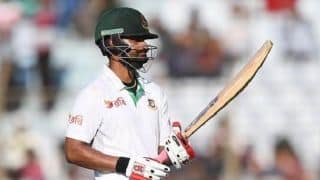 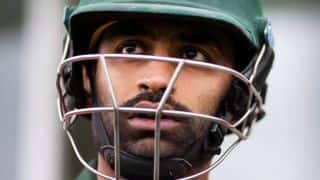