Dhananjaya, who was suspended from bowling after ICC found action his illegal in December last year, had is action tested in Chennai

Dananjaya, who was suspended from bowling after ICC found his action his illegal in December last year, had is action tested in Chennai earlier this month. Tharanga, who last played an ODI for SL in October 2018 against England earned a recall after decent showings in the Bangladesh Premier League and SL’s domestic circuit. Former captains – Dinesh Chandimal and Angelo Mathews – are not part of the squad, which features uncapped Priyamal Perera and One-Test old top-order batsman Oshada Fernando, also earns his maiden ODI call-up.

Also earning a recall is 31-year old pacer Isuru Udana, who last played an ODI for SL way back in 2012, on the back of good performances for Sri Lanka A against Ireland A, claiming 11 wickets in five matches.

The players missing from the New Zealand series are allrounders Dasun Shanaka, Seekkuge Prasanna, opener Sadeera Samarawickrama, Asela Gunaratne and Danushka Gunathilaka while Nuwan Pradeep and Lahiru Kumara are out with injuries.

Chamika Karunaratne; who was in the Test squad is also out with an injury and is replaced by Asitha Fernando. 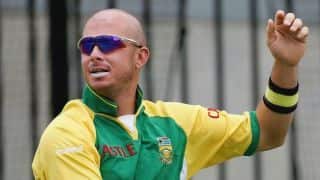