South Africa and Sri Lanka face in a dead rubber ICC World T20 2016, Group 1 match at Feroz Shah Kotla, Delhi on Monday. Both the sides have been knocked out of the World T20 and this match is no less than a formality. The teams might not play a full fledged side as well and would like to give a chance to the players who warmed the bench throughout the Group stage of the tournament. Having played three matches each, both Sri Lanka and South Africa have managed to register just one victory and will be desperate to bow out of the World T20 with a win. Live Cricket Score: South Africa vs Sri Lanka, T20 World Cup 2016, Match 32 at Delhi

While South Africa are easily the most-loved non-Indian side in this tournament, thanks to AB de Villiers and Dale Steyn, the Lankans are the defending champions. The crowd will still come in numbers, just to watch these guys play. The likes of Steyn and de Villiers have enough innings in the past which is why a cricket fan will not expect any less when the South Africans take field despite the match being of no significance.

South Africa’s campaign was off the mark with a tough loss against England earlier in the month. Although they had posted a huge total of 229, England eventually chased that down and left the opposition and fans shell shocked. It easily is among the most thrilling T20I encounters in the history of T20Is. South Africa never managed to make a comeback after that loss. The won their fixture against Afghanistan but ended their hopes by losing against West Indies. The same Afghanistan defeated the West Indian side to bow out of the tournament with another impressive performance. 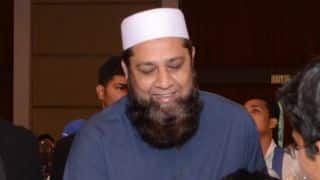