The first Test of the series between South Africa and Sri Lanka at Port Elizabeth, which is also renowned as the Boxing Day Test, is moving towards in favour of hosts. The match on Day Four began with South Africa s batting at 351 for 5 and leading by 432. Skipper Faf du Plessis and Quintion de Kock resumed South Africa s batting and both ended up scoring quick fifties. The live cricket streaming of the match will be available on tensports.com. Meanwhile, the live telecast will be available on Ten 3 and Ten 1 HD. Also, the fans can enjoy the live streaming of the match on their mobile through Ozee.com and Ditto TV app.

De Kock was dismissed after scoring 69 and du Plessis declared the innings setting a target of 488 for Sri Lanka. Du Plessis remained unbeaten on 67. Sri Lanka began their batting quite impressively by adding 87 for the first wicket partnership between Dimuth Karunaratne and Kaushal Silva. The partnership was broken with the run out of Karunaratne and Kaushal Silva too followed his partner soon. Karunaratne made 43, while Kaushal contributed with 48. After the departure of both these openers, another wicket fell soon in the form of Kusal Perera.

Sri Lanka were in deep trouble and then came skipper Angelo Mathews to bail the side out of the situation along with Kusal Mendis. Both were playing an attacking brand of cricket when Kusal fell to a needless upper cut after scoring 58, followed by another wicket of Dinesh Chandimal. At the end of fourth day s play, Mathews remained unbeaten at 58 with Dhananjaya de Silva at the other end at 9. Sri Lanka scored 240 with the loss of five wickets and need 248 more to win the game.

If they go on to achieve this, it will be a world record chase as no team has successfully chased over 418 in Tests. 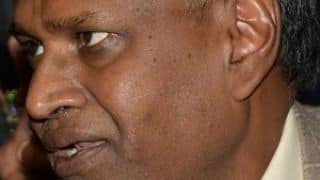 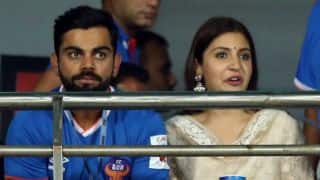