South African allrounder Andile Phehlukwayo said that it important to respect your opposition, irrespective of who you are playing, more so in T20 format.

South African allrounder Andile Phehlukwayo said that it important to respect your opposition, irrespective of who you are playing, more so in T20 format.

You pay respect to any team you play against, because they could come and have a good performance. You still have to execute your skills on the day, said Phehlukwayo who will be part of South Africa s T20 squad will take on Zimbabwe in a 3-match T20I series starting October 10.

He went on to add: T20 is the type of format where everybody is in the game, and it doesn t matter where you are ranked. You just need two guys to perform it s an exciting format.

Talking about his own performance the 22-year-old said that the key is to put in the hard work.

The benefit of playing any team is being on the field. It doesn t matter who the opposition is, the standards do not drop. I don t think it really matters. It is self-pressure and you have to put in the performance and the work, he added. 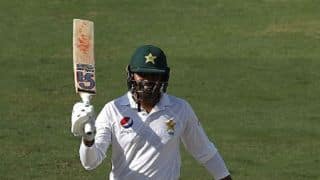 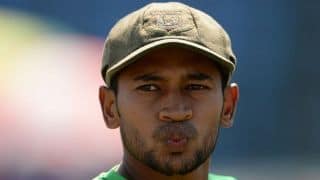 Mushfiqur Rahim: Want to recover in time for Zimbabwe series