"The path is now set for them to grow in stature as they prepare for more tough away series."

Cricket South Africa Chief Executive, Haroon Lorgat has congratulated the team after they comprehensively beat Australia by six wickets in the tri-series final at Harare on Saturday. The Proteas clinched their first tournament in 12 years involving more than two teams.

“There is no doubt that our ODI team is improving every day. Over the past 10 months they have enjoyed outstanding success with series wins over India and Australia, the two previously highest ranked sides on the ICC ODI rankings table., CSA Chief Executive, Haroon Lorgat was quoted as saying by Sport24.

What has been particularly pleasing has been their growth as a team and the manner in which they have adjusted after losing legends to retirement. The advancements made by the likes of Faf du Plessis and Aaron Phangiso personifies the progress this team has made,” Lorgat added.

He also praised the leadership and man-management skills of the captain and coach. The leadership team of coach Russell Domingo and captain AB de Villiers are to be congratulated on their excellent growth and performances. They are now within touching distance of being No 1 in the ODI format as well. The path is now set for them to grow in stature as they prepare for more tough away series in New Zealand and Australia in October and November,” he said. 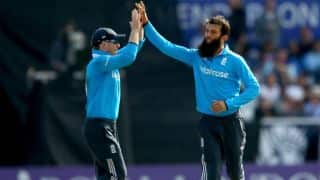