Klaseen is hoping that he continues to be in the radar of the national selectors and the only what he can do is by putting in good performances with the bat and behind the stumps.

Klaasen, who made his international debut against India early this year played all three matches in the recently concluded Zimbabwe ODIs as South Africa clinched the series 3-0. The 27-year-old scored a match-winning 59 off 67 in the third match.

South Africa had rested a few first-choice picks for the series with the aim of finding a pool of players ahead of the ICC Cricket World Cup to be held in England next year.

At this moment, you always want to be the next keeper in line in case Quinton (de Kock) gets injured.I need to secure that back-up spot, but there is an opportunity to play as a pure batter. Being given the gloves has given me confidence, but more for me, it is more about playing as a batter, he said.

Talking a about his young international career, Klassen heaped praise on Boucher who has been coaching South Africa s domestic team, Titans.

Massive, Klaasen responded when asked about his Titans coach Boucher s role in his career as quoted by iol.co.za.

A lot of coaches have helped, but over the last two to three years, he has helped me a lot mentally. He backed me, pushing me up to No 4 in four-day cricket. He also got me to open in the white-ball stuff, and not just down at No 5 and 6. It gave me the confidence to play my natural game, just gave me a little time to go out and play positive cricket, said the 27-year-old, who has scored 234 runs at 29.25 in nine ODIs so far.

Klaseen is hoping that he continues to be in the radar of the national selectors and the only what he can do is by putting in good performances with the bat and behind the stumps.

At this moment, I am just focusing on series by series and asking the right questions. The only way to do that is to put the runs on the board and be tidy behind the stumps, Klaasen added. 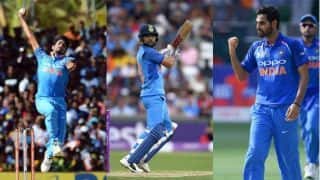 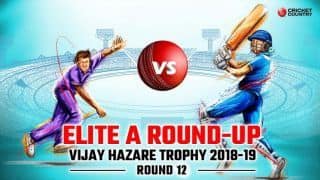