The Sri Lankan Super 4’s Twenty20 final between Udarata Rulers and Southern Express ended with a thrilling finish, as Southern Express won by just four runs in a finish that saw six wickets falling in the last four overs including four wickets in the final over of the game.

Batting first, Southern Express — featuring international stars Lasith Malinga, Farveez Maharoof, Dilruwan Perera, Jehan Mubarak and Seekkuge Prasanna — made 161 for eight in their stipulated 20 overs. Their top four batsmen all got starts, but were unable to kick on as no one managed to make more than 34. For Udarata Rulers, Ajantha Mendis and Asela Gunaratne took three wickets each.

In reply, Udarata Rulers — a team that includes the likes of Kumar Sangakkara, Lahiru Thirimanne, Upul Tharanga, Nuwan Kulasekara, Dhammika Prasad, Chamara Silva, Dilhara Lokihettige and Ajantha Mendis — cruised to 95 for one in the 11th over. Openers Tharanga and Shehan Jayasuriya both scored fifties. However, wickets kept falling at regular intervals after that, till Udarata Rulers were reduced to 145 for four in 17.3 overs.

With 17 runs needed to win off 13 balls, Chamara Silva hit a six that many would have thought would have sealed the game. Now 11 were needed off 12 balls with six wickets in hand. However, with Malinga bowling one of those overs, it was never going to be that straightforward. And it wasn’t.

Dot ball, single, wicket (Silva caught behind by Niroshan Dickwella for a run-a-ball 17), dot ball, two dot balls. Three runs and a wicket off the over. But surely Udatara had done enough by now. They needed just eight off the last over with five wickets in hand, and the lethal Malinga had bowled out. On came Sachinth Pathirana, the left-arm orthodox bowler who had taken seven wickets in two games leading up to this one.

In walked Nuwan Kulasekara to face the hat-trick ball. He took a single. Six needed off three. Three wickets remaining. Dilhara Lokuhettige was now on strike. He went for a big hit, and he was caught by the substitute fielder. Six needed off two. Two wickets remaining. But the batsmen had crossed. Kulasekara could only manage a single. Five runs needed to win off one ball. Four runs needed to take it to the Super Over. Dhammika Prasad was on strike. He flailed at it, couldn’t make contact, and Kulasekara was run out.

That was it, the match was over. Southern Express won by four runs thanks to a collective brain freeze from opponents Udarata Rulers. 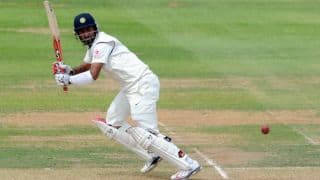 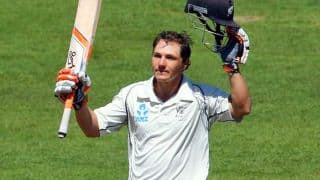