As per reports, the four-day camp in the town of Wooli is aimed at getting the Australian women's team in good spirits.

The Australian women s cricket team – the Southern Stars, as they are known – is preparing for their T20I series against New Zealand by heading to town on the northern New South Wales coast unsure of what lies ahead over the four days.

The centrally contracted women s cricketers arrived in Wooli, a three kilometre long finger of land surrounded by the Pacific Ocean on one and the Wooli Wooli River on the other. As per reports, the four-day camp is aimed at getting the cricketers in good spirits and in sync for their shared target – beating New Zealand – as they regroup for the first time two months.

Speaking to cricket.com.au, opening bowler Megan Schutt said that she was thin on details as to what to expect.

They re leaving it a surprise package for us. They know we hate the unexpected, so it s going to be a nice little battle, she said. We know we re off-site for few nights and that s all we know. We ve been given list of things to pack and as long as we have them, we ll be okay apparently, but otherwise they re leaving it up to our imagination.

For Schutt, beyond the level of uncertainty of what to expect in Wooli, the chance to reconnect with her fellow Australian team-mates for the first time since the tour of India where they beat the hosts and then pipped England to lift the T20I trio-series final, was exciting. It was during the India tour that Schutt became the first Australian woman to take a T20I hat-trick.

That India tour, for me, was the best time we ve ever had together as a team, Schutt said. We gelled better than we ever have, it was a really enjoyable tour. Obviously winning helps that, but there was something about that tour that just brought us together and we re in really good stead now.

After the camp in Wooli, the Southern Stars will travel to Gold Coast for practice games before the selectors name the squad for three T20Is against New Zealand. Next will be a tour of the UAE to play Pakistan, followed by the ICC Women s World T20 in November. 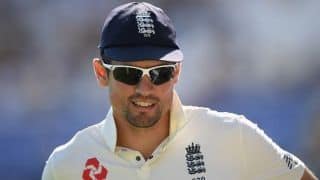 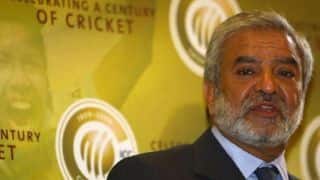