The Australia Women‘s team, popularly known as the Southern Stars, have been one of the best women’s side as far as fielding is concerned and now, the ladies are looking to walk another mile to achieve the superlative degree. Team’s coach Matthew Mott is known to have run the team through rigorous training sessions to get to the best in the business stage, owing these practices to hold on to their title of the No. 1 ranked team in the world. The Southern Stars performed exceptionally well in the recently concluded ICC Women’s World T20 2016 and look to carry forward that athleticism for the time to come. READ: Australia women’s skipper Meg Lanning excited about England women’s Super League

Talking to cricket.com.au, Mott said, “Looking at the World T20, we showed a lot of pressure and we’re very strong in a number of areas and we’re quite athletic in the field, but we really want to take that to the next level. I think we’re a very confident fielding side with some very solid fielders and a couple that stand out, but I want to drag the centre mass up a bit higher. We want to be the best fielding team in the world.”

He also mentioned about Megun Schutt‘s exceptional presence on field. “Schutt’s athleticism in the outfield is something we want to be the prototype for our whole playing group. Being able to get to the ball quickly, release it quickly and make those diving stops is an area we’ll be working on.”

“There’s going to be a real focus point in our agility in the field, getting run outs and converting catches. Tim Coyle is our fielding coach and he’s going to play a big part in that. We’ll be doing a lot more fielding at the front end of our sessions, as well as isolated fielding sessions and trying to bring our fitness and skills training more closely together. To incorporate that fitness and fielding aspect, we’ll tie in really closely with our strength and conditioning team, matching the running the players normally do in with our fielding practice,” he concluded. 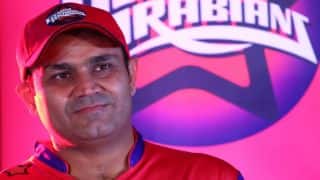