Fans at this week's final Australia-Sri Lanka Test in Sydney have been asked to wear tributes to the late Tony Greig and retiring batsman Michael Hussey, officials said. 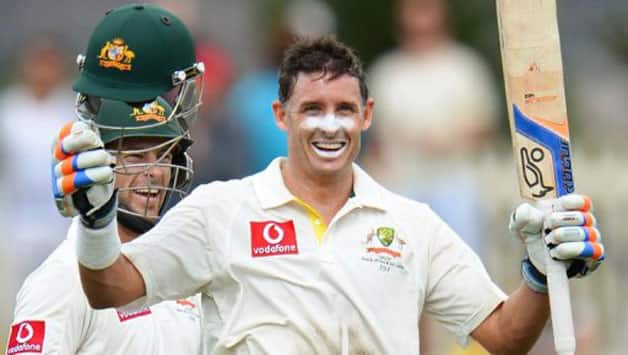 Fans at this week’s final Australia-Sri Lanka Test in Sydney have been asked to wear tributes to the late Tony Greig and retiring batsman Michael Hussey, officials said.

Wide-brimmed hats were suggested to recall the memory of former England captain and television commentator Greig, who died of a heart attack aged 66 on Saturday.

Fans will also be urged to don the trademark white nose-protective zinc sunscreen synonymous with retiring Australian cricketer Hussey, who will be playing his last Test starting Thursday.

Both teams will observe a minute’s silence before the start of the game and will sport black armbands in honour of Greig.

Greig was instrumental in the formation of late Australian media tycoon Kerry Packer‘s breakaway World Series Cricket from 1977-79, which sent shockwaves through the sport.

Greig was also a strong supporter of Sri Lankan cricket and enjoyed a high profile in both countries.
“He was a great human being and a great voice for Sri Lanka,” Sri Lankan batsman Thilan Samaraweera said Monday.

Hussey continues in good form at age 37, just months younger than Ricky Ponting who called it quits earlier this month. But Hussey has said he wants to spend more time with his four children, who are all aged under eight.

Australia have already clinched their series against Sri Lanka by winning the opening two Tests.

Glenn McGrath to be inducted in ICC Cricket Hall of Fame