Marsh vacated the spot after being part of cricket’s independent voice which meets twice a year to discuss issues concerning the game.

Warne, with 708 wickets, is Test cricket’s second most succesfull bowler and is regarded as one of the greatest to have played the game.

He made his Australia debut in 1992 and went on to play 145 Tests and 194 ODIs. “It is an honour to have been asked to be a member of the MCC World Cricket committee,” Warne was quoted as saying by Lords.org on Wednesday. “It is an extremely exciting time for cricket and I hope that I will have plenty to offer in discussion and debate. I look forward to contributing to the work of the committee.

Chairman of the MCC World Cricket committee Mike Gatting hopes that a cricketer of his stature and experience will offer bring with himself great insights. We re delighted to welcome Shane on to the committee. Obviously his profile in the world game is as big as they come and with his extensive experience, I am sure he will offer great insights into many different facets of the game,” Gatting said.

He further added, I d also like to pay tribute to Rod Marsh, who leaves the committee after six years. He has provided valuable contributions across a variety of areas and we thank him for his efforts.

The committee met in August this year and included the pace of play, waist-high full tosses, cricket boards taking responsibility for the conduct of their own team etc. among their key findings. 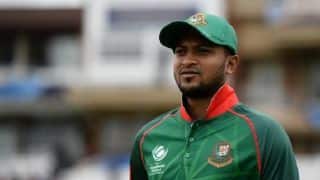 I was never forced to play in the Asia Cup: Shakib Al Hasan