With Sports Minister Ajay Maken determined to bring the Indian Cricket Board under the RTI Act, the BCCI hit back at him, saying the minister was not aware of the "ground realities" as they have already adopted transparency measures. 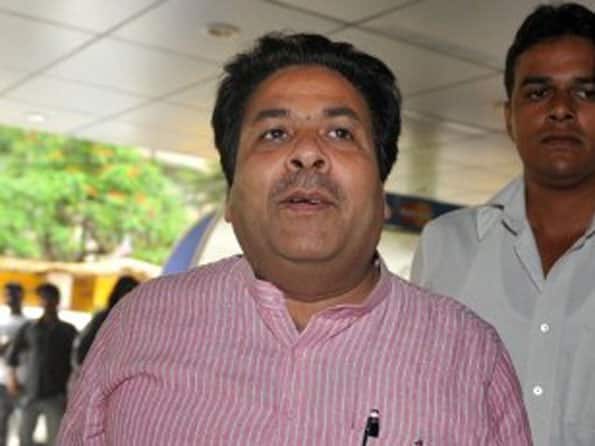 With Sports Minister Ajay Maken determined to bring the Indian Cricket Board under the RTI Act, the BCCI hit back at him, saying the minister was not aware of the “ground realities” as they have already adopted transparency measures.

Maken, earlier in the day, had reportedly said that he is ready to consider BCCI’s reservation on certain clauses of the Draft National Sports (Development) Bill, but wants the Cricket Board to come under the ambit of RTI.

BCCI vice president Rajiv Shukla retorted back, saying that the board’s accounts are already in the public domain through their website.

“He (Maken) should find out what’s happening at the ground level. He does not know anything. All the information is already on our website. There is no question of hiding or concealing anything. After every AGM, our accounts details are given to media, he said.

“Are you saying that after RTI more transparency would come and everything else was hanky panky before. We had gone to the Income Tax department with our accounts. That’s transparency,” Shukla said in a TV debate.

Putting up a stout defence, Shukla said it was not feasible to bring BCCI under RTI provisions as people would start asking questions on everything and all.

“There are a dozen decisions that are taken on every cricket tour. You have to be practical. You are trying to open Pandara’s Box.”

The sports ministry’s move to bring about transparency and accountability in sports federations, including BCCI, suffered a setback yesterday after the Cabinet, full of ministers heading various sports bodies, had disapproved the Draft National Sports (Development) Bill with the current provisions and had sent it back to the Sports Ministry to re-work on it.

Shukla also said BCCI has nothing to hide as it had always paid taxes well in advance.

“The Finance Minister yesterday told Parliament that BCCI has paid Rs 249 crore as tax. All our office bearers are honorary, the stadiums are for people and not for the Associations. Officials do not own stadiums, they come and go. We pay to Police for security,” he said.

“We are not opposed to the Bill. But he should talk to the sports administrators. There are 2-3 issues have we have reservations,” he added.

Asked about exemptions that BCCI and IPL get from the government, Shukla said, “IPL franchisees are paying taxes. I think he (Maken) is not aware. There is no confrontation between the government and the BCCI. We honour the decision of the Cabinet. Everything is in public domain.” (PTI)