Sports News Today January 27: If both India and Pakistan win their respective quarterfinals in the ongoing ICC U-19 World Cup, the two teams will face each other in an all-important semifinal on February 4 in Potchefstroom.

Sports News Today January 27: After 10 days of a continuous tussle to prove their supremacy in the Under-19 circuit, all eight teams will look to put their best foot forward in the knockout stages (quarterfinals) of the ICC Under-19 World Cup 2020. The top two teams from the four groups (initial stage) have progressed to the Super League round. India, West Indies, Afghanistan, Bangladesh, Pakistan, Australia, South Africa and New Zealand will battle it out in the Super League phase, while the remaining teams play a different set of knockouts in the Plate League.

If we look at the present permutations and combinations, India and arch-rivals Pakistan are on the path for a potential showdown in an all-important semifinal of the quadrennial event. Both India and Pakistan have qualified for the quarters and are one win, respectively, away to lock horns in a showdown at Senwes Park, Potchefstroom on February 4.

Post registering an emphatic 44-run victory over New Zealand U19 in the last Group A match, reigning champions India have setup a quarterfinal date versus Australia U19 at Senwes Park, Potchefstroom on January 28.

Meanwhile, despite losing to India – New Zealand will face West Indies, who topped the Group B with three out of three wins, at Willowmoore Park, Benoni on January 29.

On the other hand, Bangladesh, who had topped Group C will meet host South Africa on January 30. The Proteas finished second with two wins and a loss in Group D.

With three wins out of three, the defending champions India have emerged as a dominant force in the showpiece event. They have convincingly beaten Sri Lanka, Japan and New Zealand to storm their way into the knockouts.

Openers Yashasvi Jaiswal and Divyansh Saxena have consistently provided India with a solid start in the tournament. Interestingly, none of the other batsmen in the team have got to bat more than once in the competition.

Also, the likes of Ravi Bishnoi, Atharva Ankolekar have done wonderfully well with the ball and have managed to restrict the opposition under par scores.

India vs Australia on January 28 at Senwes Park, Potchefstroom

Bangladesh vs South Africa on 30 January at Senwes Park, Potchefstroom

Afghanistan vs Pakistan on 31 January at Willowmoore Park, Benoni. 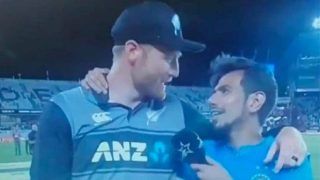