Banned Pakistan pacer Mohammed Asif believes that with the completion of his jail sentence for spot-fixing, one of the most difficult phases of his life has hopefully come to an end. 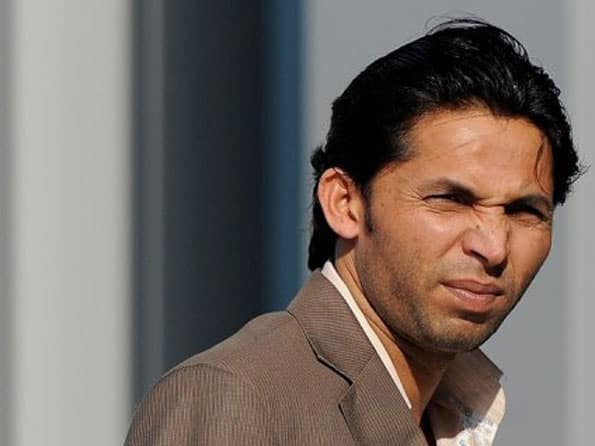 Banned Pakistan pacer Mohammed Asif believes that with the completion of his jail sentence for spot-fixing, one of the most difficult phases of his life has hopefully come to an end.

“I was punished and I have served my time and now this chapter is closed for me,” Asif told Geo News channel.

Asif also insisted that there was no evidence on the basis of which he was jailed by a crown court in London last year in October.

The talented seamer was released from jail yesterday after serving a six-month sentence which was handed out to him by the Crown Court for his role in the spot fixing scandal on Pakistan’s tour to England in 2010.

His teammates, Salman Butt and Mohammad Aamer were also given different jail sentences with Aamir being the first to complete his three months sentence earlier this year. Aamer is now back home in Pakistan.

But Asif said he would only decide on his future plans after consulting his legal advisors. Asif said he had spent the last six months in most difficult circumstances maintaining it was difficult because he was jailed without evidence.

“But despite the difficulties, I am fit and I am thankful to my fans and family for supporting me during this difficult phase,” he said.

Asif who took 105 wickets in just 23 Tests before being caught up in the spot-fixing scandal is also serving a minimum five years ban imposed on the three players by the anti-corruption tribunal of the ICC.

The banned pacer claimed the jail sentence had come as a surprise and shock to him.

“It was shocking for me when the court gave me the 12-month jail term. I was surprised at my being found guilty because in the trial there was no evidence against me,” he said.

Asif said he would be consulting his future line of action with his lawyers but immediately would apply for extension of his visa which had expired.

“I do plan to also take up this ICC ban matter,” he said.

Asif said he was very hopeful that his lawyers could get the ICC ban overturned soon.

“Throughout my time in jail. I kept myself in touch with cricket by playing football and going to the gym. I was allowed to use the internet like other inmates,” he added.

A PCB official when contacted made it clear that Asif would be given the same treatment as Aamir.

“Both are serving ICC bans and according to the terms of the ban, they will not be allowed to use any cricket facility of the board which cannot provide them any sort of support or advice as well,” the official said.

Aamir since his released has admitted to his role in the fixing scandal and sought pardon from his countrymen and board.

He has decided against appealing the ICC ban and kept a low profile in his hometown of Lahore.(PTI)