Rajasthan Royals captain Rahul Dravid has brushed aside talks that temperamental pacer S Sreesanth was rested for the match against Mumbai Indians to avoid a possible confrontation with Harbhajan Singh, saying it was tactical move aimed at managing the workload of players. 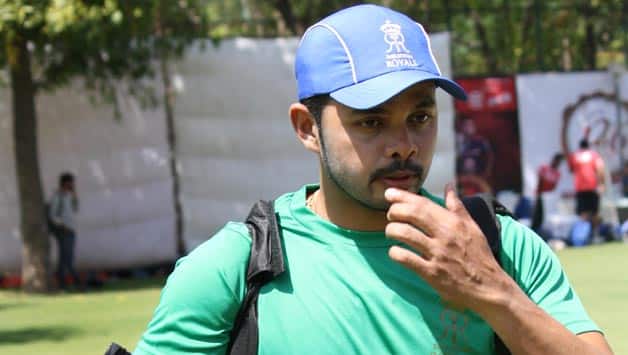 Rajasthan Royals captain Rahul Dravid has brushed aside talks that temperamental pacer S Sreesanth was rested for the match against Mumbai Indians to avoid a possible confrontation with Harbhajan Singh, saying it was tactical move aimed at managing the workload of players.

Sreesanth and Harbhajan were slated to meet for the first time last night in an Indian Premier League after the former reopened the ‘slapgate’ wounds with his explosive tweets.

However, Sreesanth, who returned with figures of 2-20 off his four overs against Kings XI in Royals’ previous game against Kings XI Punjab, was surprisingly left out of the match against Mumbai and in his place spinner Ankeet Chavan was drafted in.

“No there was nothing like ‘Bhajji factor’ [behind Sreesanth’s omission],” Dravid told at the post-match press conference last night when asked whether the change was done purposefully to avoid a possible confrontation between the two volatile players.

“Sreesanth has played four matches and has performed well. We still have a long way to go and we want to keep him going throughout this long tournament. He can’t play all the matches,” the Rajasthan skipper clarified.

Sreesanth reopened the 2008 Slapgate chapter a few days ago by making an explosive claim that the entire incident was planned and that his former India team-mate Harbhajan Singh “backstabbing person”.

“The first six overs in batting and bowling were decisive. [Shane] Watson and [Ajinkya] Rahane had put on 62 on board and while defending, we reduced Mumbai to 26 for 2 by picking up the crucial wickets of Sachin [Tendulkar] and [Ricky] Ponting. This helped us tighten the noose,” he said.

Defending the challenging 180-run target, Dravid opened the bowling with two spinners in Chandila and Chavan and his ploy struck gold.

While Chandila picked up the crucial wickets of Tendulkar and Ponting cheaply, Chavan just gave away 10 runs from his three overs.

“People tend to believe that I am traditional in approach but we have opened the attack with Chandila and Chavan earlier too. Yes we promoted Dishant Yagnik up the order and the ploy worked as he gave the much required thrust to the innings,” Dravid said about his strategies against Mumbai Indians.

“It was hard to omit Sanju Samson because he had done so well in last match but before that Dishant also played well in the two earlier matches. Dishant returned to the side after recovering from his groin injury. The ploy worked today but some time it doesn’t and then you may be criticised also,” he said.

Dravid himself has been in good nick and has scored two half centuries so far in the tournament, but against Mumbai yesterday he demoted himself and sent Dishant, who scored a 24-ball 34, up the order.

“There is no fixed slot. If we had lost quick wickets I would have come in as number three. It depends upon demands and situation. We felt that a left hander like Dishant Yagnik can provide us the impetus and he came true to expectation,” Dravid said.

When asked what was more important Rahane’s batting or Chandila’s early twin blows, Dravid said, “It good was good effort overall. Rahane batted well and carried his bat through while Chandila’s blows were also very important.”

Praising the wicket, Dravid said the curator of the at the Sawai Mansingh Stadium should be lauded for his good work.

“Taposh Chaterjee, the curator has done a fantastic job. It was easier to bat on this wicket when compared to the one used against Punjab. Taposh has been preparing great wickets and it has been good for Royals,” he said.