The former Indian bowler said that the show helped him regain his lost self-confidence.

Former Indian pacer Sreesanth said his outburst on ‘Jhalak Dikhhla Jaa’ was due to a back injury and a bad performance during the face-off which saw him being eliminated from the dance reality show. The 31-year-old cricketer, who was in the bottom two and was in the face-off round with Puja Banerjee, had an argument with celebrity judges Madhuri Dixit, Remo D’Souza and Karan Johar after they pointed out flaws in his performance.

“The outburst was more because of the disappointment than anger as I was doing extremely well on the show during the past six weeks. I think I just had a bad day. It was wrong timing and wrong choice of song,” Sreesanth told PTI. He said he could not dance to his full potential as he sustained an injury in his back just minutes ahead of his performance. He was also surprised that this week’s elimination round was shot first, which does not happen normally.

“I was in the face-off and I had injured my back badly and there was a complete black out. I was in extreme pain and could not concentrate. May be if I had got a 5-minute break I could have performed better. I have to accept it as the contract says that you have to leave when you are eliminated,” he said. “In previous episodes the elimination round was shot in the end. This time the crew decided to shoot my act first, which was planned for later part of the episode. I was not prepared for this change of plan,” he said.

Sreesanth, who is banned for life by the BCCI for his alleged involvement in spot-fixing in IPL, said the show has helped him regain his lost self-confidence. “I found that self-confidence again. It was a great confidence booster for me. I feel I was good on the show and I had set my own standard. I missed being in a competitive scenario for past several months and this show gave me a chance to compete again,” he said.

Kerela-born Sreesanth said his wife Bhuvneshwari Kumari is disheartened with his elimination as she was expecting him to win the show. “She loved it absolutely but she is disheartened that I could not be on the show till the end. She would have loved to see me as the winner,” he said. The sportsman said he is not sure about doing more reality shows and is now looking forward to his Tamil-Telegu bilingual film ‘Anbulla Azagae’, which will go on floors in October. Sreesanth is also composing music for the youth-based film.

“I am not sure about doing other reality shows. But I am excited about ‘Anbulla Azagae’. I had thought that I would be on ‘Jhalak’ till the end so I had asked the makers to begin the film in October. Now, I will just have to wait for it as the film cannot be preponed,” Sreesanth said. 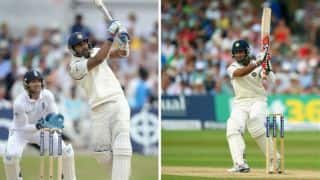 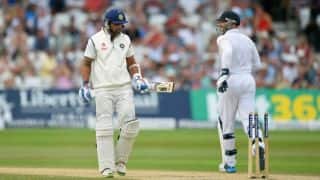