S Sreesanth will be welcomed back in the Kerala Ranji team fold and considered for selection provided he proves fitness once his spot-fixing ban ends in September.

“The KCA has decided that he will be considered for selection once his ban ends in September,” newly appointed Kerala Ranji coach Tinu Yohannan told IANS.

“However, his selection into the team will depend on his fitness levels. He has to prove his fitness. Right now, nothing is happening outdoors in terms of cricket activities. Unless we go out on the field and see him play, test his fitness, its difficult to say at the moment,” he added.

Sreesanth was handed a life-ban by the BCCI for his alleged involvement in the 2013 IPL spot-fixing scandal. A special court in Delhi though acquitted him of all the charges before Kerala High Court struck down the BCCI imposed life-ban before it was restored by a division bench of the High Court.

The ban was reduced to seven years after the 37-year-old moved to Supreme Court against the order last year.

Yohannan said KCA will provide with all the encouragement and support in his endeavour to resume his professional career.

“We all want him to play again and will welcome him into the team. He doesn’t have to prove anything now because he has already proven and showed what he is capable off. We will be providing him with all the encouragement and support so that he can play the game again and enjoy it. It will be after seven years that he would be playing. So we will have to wait and see how it goes,” he said. 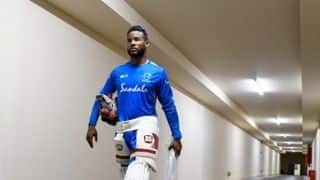 'Need to Back My Ability, I Know I Can Get in Done' - Shai Hope On Prospect of Repeating Headingley Heroics 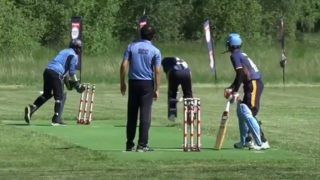