Sri Lanka's limited-overs skipper Upul Tharanga will be out of action in Tests to concentrate in shorter formats.

Sri Lanka have announced a 25-man provisional squad for their upcoming Test series against Pakistan in UAE. Pacer Dhammika Prasad, opener Kaushal Silva and middle-order batsman Lahiru Thirimanne have been roped in, whereas limited-overs skipper Upul Tharanga has been left out of the line-up. Tharanga had informed the selection panel that he wants to focus on the shorter formats after the Island nation’s drubbing in the five-match ODI series against India.

The itinerary for the two-Test series versus Pakistan is yet to be announced, but it is expected that Sri Lanka will play their first-ever day-night Test in UAE, presumably in Dubai. Pakistan’s last Test series was against West Indies, where they managed to give a fitting farewell to two of their greatest cricketers, Misbah-ul-Haq and Younis Khan. On the other hand, Sri Lanka cricket have hit a new low after recent whitewashes against India in Tests and ODIs. They will like to get their act together under Dinesh Chandimal.

Prasad will return to international cricket after a long gap, having played his last game in October 2015. He was picked in the Test squad for the 2016 England tour, but an injury against Essex forced him out of the side. Kaushal, who had a disappointing series against South Africa, will also fight it out to earn his spot back. Thirimanne, on the other hand, got a look-in after a decent showing in the just-concluded ODIs versus India. 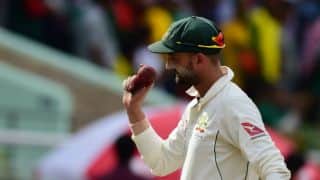 From Mumbai to Durban, India’s Greatest Tests: Clash of the Titans