Angelo Mathews will captain this Sri Lankan team and Lahiru Thririmanne will be the vice-captain.

Sri Lanka Cricket’s National Selection Committee has announced 15-member squad for the Pakistan’s tour of Sri Lanka. Sri Lanka will play two Test matches against Pakistan which is scheduled to start on 6th August, 2014. These two matches will be played at Galle and Colombo respectively.

Angelo Mathews will captain this Sri Lankan team and Lahiru Thririmanne will be the vice-captain. Dinesh Chandimal and Ajantha Mendis have been dropped for this series because of their poor run of form. Niroshan Dickwella impressed the selectors with his half-century in the final Test match against South Africa at Colombo. As a result, he also gets a call for the Pakistan series. Shaminda Eranga and Suranga Lakmal were retained but their fitness will be a concern for the Sri Lankan team.

Sri Lanka recently has lost a Test Series at home after 23 years against the mighty Proteas, who regained the No 1 spot in the International Cricket Council’s (ICC) Test rankings. Previous to this, they have won all their Test series in 2014 against Bangladesh and England. The upcoming series against Pakistan will be the last Test series for the Mahela Jayawardene as well. Sri lankan fans will surely be expecting more out of the batting legend. 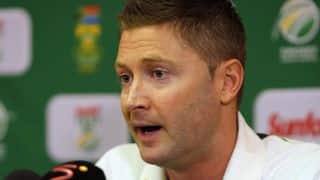 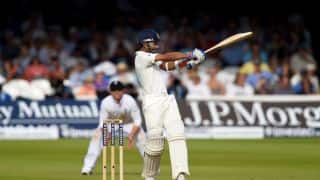